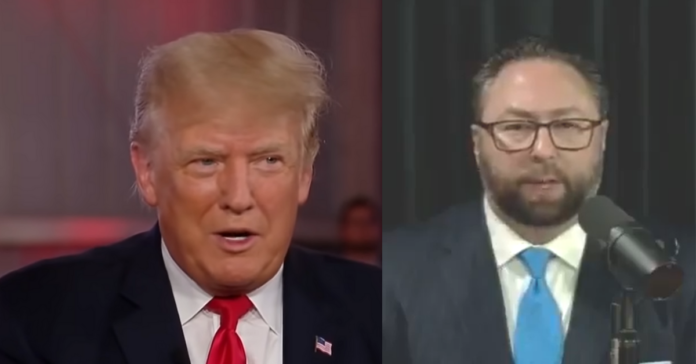 Jason Miller, a key aide to former President Trump who now runs the social media platform Gettr, has been detained in Brazil according to local media reporting. Miller was detained at the Brasilia International airport in Brazil while he was boarding a plane to return to the US.

Miller was reportedly detained to testify to the federal police under investigation 4874 which “investigates the organization of anti-democratic acts” in Brazil. The order came from Alexandre de Moraes, a justice of the Supreme Federal Court.

Brazil has been rocked by protests recently as the country gears up for a presidential election soon. Charges of corruption have been flying against both major candidates for the office.

Miller was detained to testify to the PF under investigation 4874, which investigates the organization of anti-democratic acts in Brazil. The order came from Minister Alexandre de Moraes , rapporteur of the investigation at the STF .

The businessman is the founder of Gettr, created to bring Trump back to social media, after the former president was banned from major platforms. Gettr has 2 million followers, of which 13.5% are from Brazil.

Miller was in Brazil to participate in the Conservative Political Action Conference (Cpac). In Brasília, he met with President Jair Bolsonaro, Deputy Eduardo Bolsonaro and former Chancellor Ernesto Araújo.

Pre-dawn skirmishes have erupted between police and supporters of Brazil’s president, Jair Bolsonaro, as rightwing activists tried to force their way towards congress before major pro-government rallies that have put Latin America’s biggest democracy on edge.

Officers can be seen wrestling with one demonstrator as the group attempted to break through a police blockade on the avenue leading to congress using lorries draped with Brazil’s yellow and green flag.

Other footage shows a police officer drawing his gun in an attempt to deter the mob and Bolsonaro supporters vowing to storm the supreme court. In one video a Bolsonaro supporter can be heard berating the police for blocking the protesters’ path. “God will make you pay for this. You communists!” she shouts.

BREAKING: being detained at airport in Brasilia. Sitting on tarmac as @GETTRofficial CEO & top Trump advisor @JasonMillerinDC is being interrogated by Supreme Court anti-Bolsonaristas on day of massive pro @jairbolsonaro rally after we met w/Bolsonaros. pic.twitter.com/RHkSxAajgI

JUST IN – Jason Miller, Trump aide and CEO of GETTR, has been detained at the Brasilia International airport in Brazil while he was boarding a plane to return to the US.

Biden’s DOJ Plans To Intervene To Help Women Get Abortions?