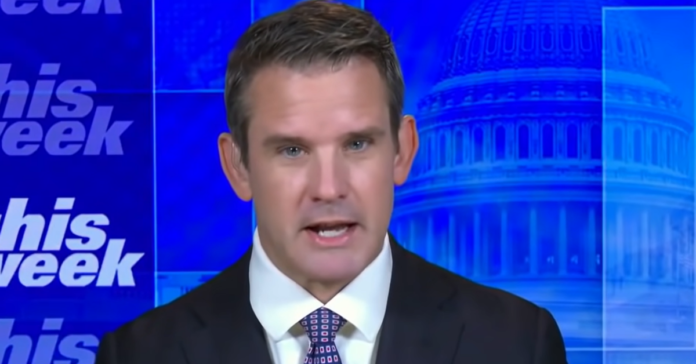 Trump nemesis Adam Kinzinger just got the worst kind of bad news for a politician – he is about to be gerrymandered into political oblivion by the Illinois Democrats.

Trump famously has a list of GOP Reps he wants to primary and unseat heading into the 2022 midterms and it looks like he can save his money and time going after Kinzinger.

Because the Illinois Democrats are going to beat Trump to the punch. While redistricting favors the GOP because they control way more state governments, the Dems do control a few with enough votes to ignore the GOP when it comes to the critical redistricting process.

One of them is Illinois.

So the Dems will do what they do and gerrymander the heck of the state and the most obvious person to send packing is none other than Adam Kinzinger.

If he thought his attacks on Trump would save him, he was wrong. The map is not done yet so he has hope of escaping with his seat but if he does that he will surely face Trump’s primary challenger.

“If I lose my district, we’ll take a look then,” Adam said. “But I’m not too freaked out.”

Illinois lawmakers are on the verge of rolling out a new congressional map that will very likely gut Kinzinger’s exurban Chicago seat, according to several sources close to the redistricting process, leaving him with just a few bleak options for remaining in office next year.

The elimination of his district would force the veteran Republican congressman to choose between running in unfamiliar territory, possibly against another incumbent, or making a long shot run for governor or Senate in a blue state — and that assumes Kinzinger could prevail in a GOP primary after spending the last year criticizing a former president who remains beloved by the base.

“Adam, right now, he and I get along great. What he’s doing, he’s doing. But if you look at the Republican electorate in any one of those districts — probably not,” said Rep. Mike Bost (R-Ill.) when asked if Kinzinger could win in a different seat. “It’d be hard.”

Democrats in the state insist that Kinzinger’s likely fate is driven solely by geographical considerations. Thanks to declining population, Illinois is losing one of its 18 congressional districts, and Democrats in charge of the process need some of Kinzinger’s blue-leaning voters to shore up Rep. Lauren Underwood (D-Ill.) and an open seat in the northwest corner held by retiring Rep. Cheri Bustos (D-Ill.).

Illinois is one of only a handful of states where Democrats have total control over redistricting, which means they’ll attempt to maximize party gains through the new map.

A new congressional map being rolled out in Illinois is expected to eliminate Rep. Adam Kinzinger’s district, forcing him to seek other ways to remain in public office next year. https://t.co/CwMEU0tXZR