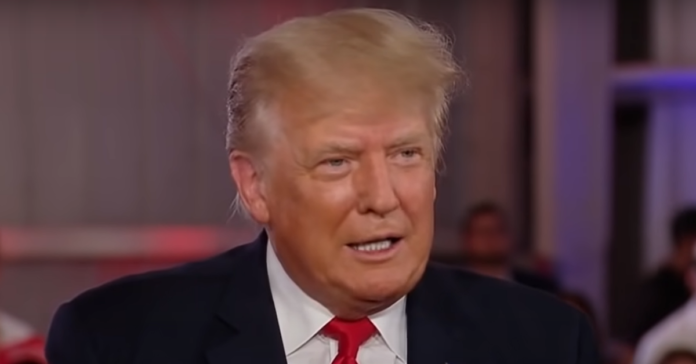 The suit claims Trump and the other defendants violated state law and federal law. They cite the Ku Klux Klan Act of 1871 saying they violated the federal statute that makes it illegal to use force or threats to prevent federal officers from performing their official duties.

“As this lawsuit makes clear, the Jan. 6 insurrection was not just an attack on individuals, but an attack on democracy itself,” said Damon Hewitt, the lawyer representing the officers. “It was a blatant attempt to stifle the votes and voices of millions of Americans, particularly Black voters.”

“Plaintiffs and their fellow law enforcement officers risked their lives to defend the Capitol from a violent, mass attack — an attack provoked, aided, and joined by Defendants in an unlawful effort to use force, intimidation, and threats to prevent Congress from certifying the results of the 2020 Presidential election,” the suit says.

“Because of Defendants’ unlawful actions, Plaintiffs were violently assaulted, spat upon, tear-gassed, bear-sprayed, subjected to racial slurs and epithets, and put in fear for their lives. Plaintiffs’ injuries, which Defendants caused, persist to this day.”

A representative for Trump and his campaign did not immediately return a request for comment.

At least three other lawsuits have been filed this year by police officers, according to the New York Times, but this is the first civil suit to allege that Trump worked with the other named defendants to promote baseless lies that the 2020 election was somehow rigged.

In March, officers James Blassingame and Sidney Hemby, who say he “inflamed, encouraged, incited, directed, and aided and abetted” the rioters who stormed the Capitol Jan. 6, filed suit, seeking at least $75,000 each in damages.

Amid the rise in civil litigation, the U.S. Justice Department continues its criminal investigation of the Jan. 6 riot. In addition, a select committee in Congress is pursuing its own inquiry — including requests on Wednesday for detailed records from multiple federal agencies about Trump’s activities on Jan. 6.

Breaking News: Seven Capitol Police officers are suing Donald Trump, his allies and far-right groups in the latest effort to hold them accountable for the Jan. 6 riot. The suit implicates members of the Proud Boys, the Oath Keepers and Roger Stone. https://t.co/2NDobDYlpj