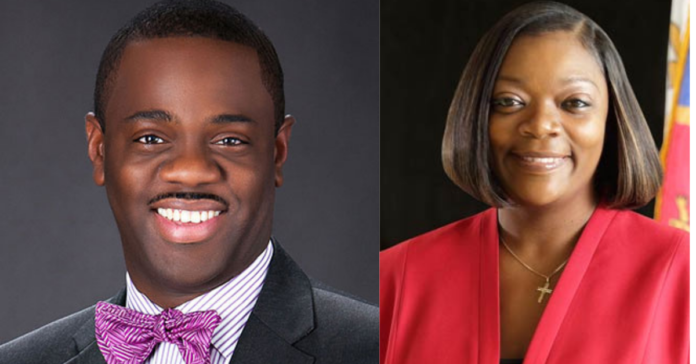 FBI agents just raided Detroit city hall and the homes of two City Council members in an ongoing corruption probe. In more bad news for the lawmakers, the searches came less than a month after fellow Councilman Andre Spivey was charged with conspiracy to commit bribery.

Leading to the logical conclusion, which Spivey’s lawyer confirmed, that his client is cooperating with federal authorities. On Wednesday afternoon 20 FBI agents took loads of documents from city hall while other FBI agents searched the homes of Councilman Scott Benson and Councilwoman Janeé Ayers. The FBI also searched the home of Benson’s chief of staff, Carol Banks.

“As many of you know, the FBI is the primary federal agency responsible for investigating allegations of public corruption. As such, any time an allegation of corruption is brought to our attention, we will collect all available facts and evidence.

“Once collected, it is out job to ensure they are reviewed in a thorough and impartial manner. The evidence will then be presented to the U.S. Attorney’s Office which will ultimately decide whether or not to prosecute.

“Tim Waters was named Friday the special agent in charge of the FBI’s Detroit field office.

“While the FBI recognizes the public’s right to know what we are doing on its behalf, we have a responsibility to protect the integrity of our investigations.

“As importantly, we have a responsibility to protect the rights of individuals who may not have been charged with any crimes.

“If charges are ultimately filed, the substance of our investigation will become a matter of public record. Until that time, we will not be providing any additional information on today’s law enforcement activities.

“Public corruption is the FBI’s top criminal investigative priority. Anyone with information relevant to this or any other public corruption matter is encouraged to contact the FBI at 1-800-CALL-FBI. Tips may also be submitted at tips.fbi.gov.”

From The Detroit Free Press:

The FBI did not visit the 11th floor of city hall, the location of Mayor Mike Duggan’s office, or any other administration office, according to Duggan spokesman John Roach.

“The mayor’s office has no information on the search warrants,” Roach said in a text message.

Ayers and Benson could not be reached for comment.

Councilwoman Raquel Castañeda-López said she was left “horrified and heartbroken” by news of the FBI raids at Benson’s and Ayers’ homes, coupled with the recent criminal charge against Spivey.

“As council members, we took an oath to lead with integrity and defend the rights of every Detroiter, to protect the public’s trust. And while these recent events are devastating, I still believe in our democracy. I still believe in the power of the people and in the people to guide us forward,” Castañeda-López said in a statement.

She stressed that people are innocent until proven guilty and said she will seek to amend the City Council’s rules to require annual, mandatory training on the city’s ethics law.

FBI Detroit Special Agent Tim Waters said the multiple raids conducted this morning were because “The citizens of Detroit have a right to a city government that’s free of corruption,” he said. @detroitnews pic.twitter.com/5BgQtVDt70

The raid at Detroit City At-Large Councilwoman Janeé Ayers’ west-side home started around 9:48 a.m. where neighbors said her car was ransacked and house was searched. By 11, the scene was quiet. Unmarked vehicles block off the street. Follow as I head to City Hall. @detroitnews pic.twitter.com/MugiyHTsdS

Greg Kelly, calls for military overhaul, says "The culture has been corrupted - possibly because the Pentagon is so close to the swamp."