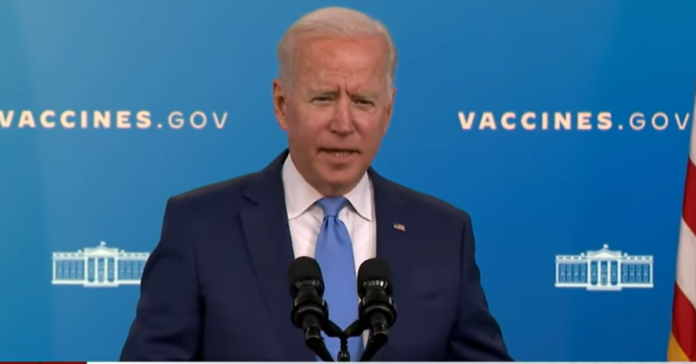 The Wall Street Journal is reporting some terrible news. Four US Marines have been killed in the ISIS attack at the airport in Kabul. Pentagon Spox John Kirby just confirmed the horrible news.

“We can confirm that a number of US servicemen were killed in today’s complex attack,” said Kirby in a statement you can see below. Three are injured according to the reports. The Taliban issued an odd statement that said:

“The Islamic Emirate strongly condemns the bombing of civilians at Kabul airport, which took place in an area where US forces are responsible for security. The Islamic Emirate is paying close attention to the security and protection of its people, and evil circles will be strictly stopped.”

It is correct to say the US was responsible for security in the area, but the Taliban was manning the checkpoint that let the terrorists through raising some very serious concerns.

The U.S. ambassador in Kabul has told staff there that four U.S. Marines were killed in an explosion at the city’s airport and three wounded, a U.S. official with knowledge of the briefing said. Two explosions ripped through crowds of Afghans trying to enter the airport on Thursday.

At least three U.S. troops were injured, a U.S. official said. Witnesses reported multiple fatalities among the Afghans, many of whom were trying to enter the airport because they had assisted U.S.-led coalition efforts and feared persecution by the Taliban.

…An Afghan man who was attempting for the fifth time to get into the airport and get on one of the evacuation planes was standing in the crowd outside Abbey Gate when the detonation took place. “A lot of people got hurt,” he said by phone. “I helped a little girl. I think she died.”

Another Afghan man who was on the edge of the crowd near the Baron hotel said the explosion there occurred in the middle of thousands of people. He said he saw many maimed, bloodied people being brought out and was told of many fatalities.

John Kirby, Pentagon Press Secretary, issued a veiled statement that suggested some of our troops may have been killed.

He said: “We can confirm that the explosion at the Abbey Gate was the result of a complex attack that resulted in a number of US & civilian casualties. We can also confirm at least one other explosion at or near the Baron Hotel, a short distance from Abbey Gate. We will continue to update.”

“We can confirm that the explosion near the Abbey Gate of the Kabul airport has resulted in an unknown number of casualties.  We will continue to update.

“We can confirm an explosion outside Kabul airport.  Casualties are unclear at this time.  We will provide additional details when we can.”

Statement on this morning’s attack at #HKIA: pic.twitter.com/Qb1DIAJQJU