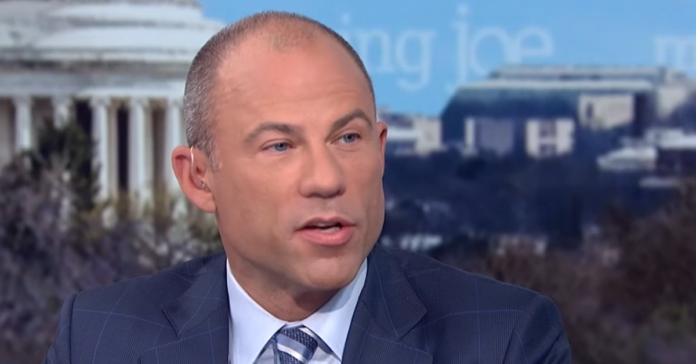 The judge scheduled a new trial for Oct. 12, and Avenatti will be out of technical miracles and will hear the words guilty from the jury. The state has Avenatti dead to rights – instead of giving his clients their settlement money he spent it. They have the paper trail. That is the worst thing a lawyer can do. And he will get a lot more prison time for this conviction than the 2 years or so the feds gave him in the Nike case.

Avenatti was able to argue that he did not get all of the docs during discovery and the judge agreed and granted him the mistrial. His only defense is to try to claim he spent the money he stole on law firm expenses. It won’t fly, but that is all he has because no one is disputing that he spent the money.

From The Washington Examiner:

He was sentenced to 2 1/2 years in prison on July 8 after being found guilty of an extortion scheme against Nike in a case that played out in New York. The attorney was convicted in February 2020 of trying to extort up to $25 million from Nike by threatening to make corruption allegations involving college athletes public.

And in Southern California, federal prosecutors accused Avenatti of stealing from at least five of his clients and cheating them out of nearly $10 million by negotiating and collecting settlements on their behalf between 2015 and 2019.

Prosecutors argue the Tabs data has no bearing on the case. They accounted for relevant Tabs data through two firm emails that contained Tabs costs and fee calculations for two cases, and the settlement money they say was misappropriated is far too great in all cases to be attributed to unaccounted-for costs and fees.

Further, they say Avenatti lied to his clients about the true terms of their settlements, and he never provided a true accounting of the costs and fees he now implies ate up all the money.

But Avenatti has made the missing Tabs data a hallmark of his stated plan to “put the government on trial,” and he elicited testimony on Wednesday that showed the co-lead investigator with the U.S. Treasury knew of the data earlier than he first said.

He also conducted a line of questioning about a former law partner, Andrew Stolper, who he says conspired with the U.S. Attorney’s Office on his prosecution.

The case’s co-lead investigator, U.S. Treasury Special Agent Remoun Karlous, said Stolper first contacted federal authorities about Avenatti in early 2018. Avenatti emphasized in his questioning that he had fired Stolper, and that years earlier, he’d been removed as an assistant U.S. attorney on a major criminal case involving Broadcom Inc. He also established that Assistant U.S. Attorney Brett Sagel has described Stolper as a “good friend,” according to a 2016 news article, then questioned Karlous about training on conflicts of interest and working on behalf of friends.

Prosecutors, however, tried to refute the testimony by emphasizing that Avenatti was fine working with Stolper after the Broadcom case, and that Stolper had nothing to do with the cases from which Avenatti is accused of embezzling.

Avenatti emphasized in his exam of Karlous that, three days before his arrest, Stolper conducted a judgment debtor exam against Avenatti that Kim, the co-lead investigator, attended. But Karlous said the arrest warrant for Avenatti was already in place by that day.

For prosecutors, the case is about the broad financial picture of Avenatti’s firm, and they’ve consistently aimed to keep jurors focused on how much money clients ultimately received—zero.

Cosmetics executive Michelle Phan received her first payment of $27 million, part of a departure package Avenatti negotiated for her with her company Ipsy.

But she only received half of the second $8 million payment, even though Avenatti’s negotiated flat fee was 7.5% of the deal, which he’d already received.