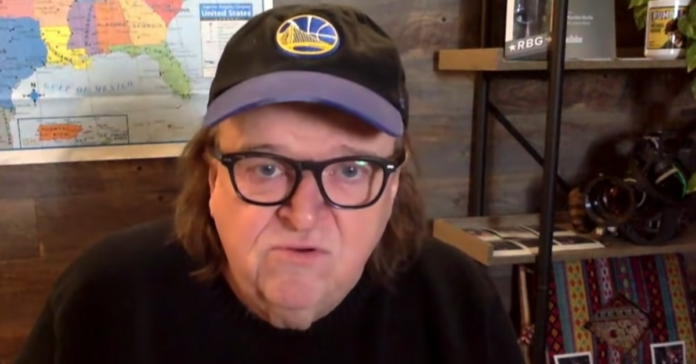 Michael Moore just got hit with a lawsuit over his flop of an anti-Trump movie. Apparently, he made an anti-Trump documentary called Fahrenheit 11/9 a few years ago. He is being sued for using video footage without permission in that movie.

In the lawsuit, Darick Clemons accusees Moore and the companies involved in making the movie of “intentionally” copying and making a “derivative work” of his video without “authorization, consent, or knowledge, and any remuneration to the plaintiff.”

“Plaintiff’s on-the-ground footage gave defendants a unique, boots-on-the-ground perspective on the presidential visit,” said Warner Norcross + Judd, the law firm bringing the suit. “Plaintiff’s choice of words, his race, and his anticipation of the event provided dramatic value for the story Mr. Moore told in the film.”

The lawyers added, “Defendants could not have obtained that perspective from any other source, and it certainly contributed to any success the film had.”

The suit says Clemons “is entitled to recovery of defendants’ profits attributable to infringing conduct alleged herein, including from any and all sales of the infringing work, an accounting of a constructive trust with respect to such profits, and an injunction against further distribution of the copyrighted work.”

The movie flopped making only $6.7 million in sales.

From The Detroit News:

A Flint businessman is suing filmmaker Michael Moore in federal court over a clip he said was featured in one of his movies without permission.

According to the suit filed Thursday in U.S. District Court, Darick Clemons used a cell phone to record former U.S. President Barack Obama arriving in his city on May 4, 2016, then posted the clip on YouTube.

The video was used in “Fahrenheit 11/9,” Moore’s documentary that premiered in 2018 and chronicled events surrounding the Donald Trump presidency.

Clemons filed for a federal copyright of the work on May 24, 2021; it was issued the next day, the document states.