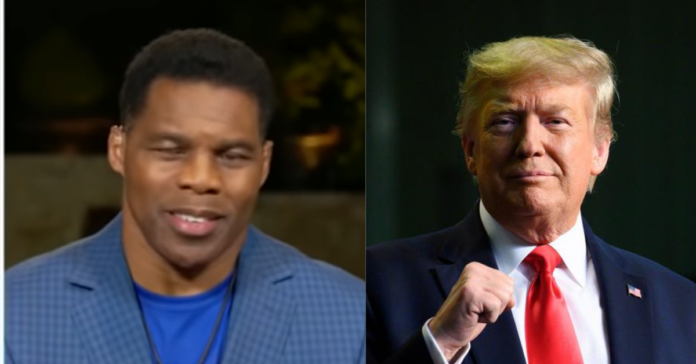 Herschel Walker just made a massive move that suggests he is more than serious about running for Senate in Georgia. Former President Donald Trump is backing Walker’s potential bid as he looks to rid the GOP of RINOs.

In an interview with Fox News’s Sean Hannity last month, Walker said: “If I’m the right man for the job, you’re going to see me step up and say I’m running, and that’s what I said I’m going to do now.”

From The Atlanta Journal-Constitution:

The former University of Georgia football star registered to vote in Georgia on Aug. 17 after decades of living in Texas, state records show. He listed his residence as the Buckhead home owned by his wife, Julie Blanchard, one of multiple properties he maintains in the state.

Walker has for months said he was considering entering the race as a Republican against Democratic U.S. Sen. Raphael Warnock, and the move comes as the highest-profile GOP candidate in the race has leveled criticism at Walker’s out-of-state address.

Agriculture Commissioner Gary Black, who launched his campaign in June, recently mocked Walker for “pretending to change your car tags” and called on him to get off the sidelines and set stakes in Georgia if he was going to run.

“Move here, pay taxes here, register and vote in some elections and learn what Georgians have on their minds,” said Black, one of three GOP candidates in the race. The other two are military veterans Kelvin King and Latham Saddler.

So far, Georgia state Agriculture Commissioner Gary Black is the highest-profile Republican to have jumped into the race. Rep. Buddy Carter (R-Ga.) is also considering a Senate campaign but has said that he won’t move forward if Walker enters the race.

Walker is well-known in Georgia and would presumably enter the race with the endorsement of Trump, who remains highly influential among the state’s GOP voter base.

But he will likely also have to contend with questions about his struggles with mental illness and reported incidents of violent behavior.