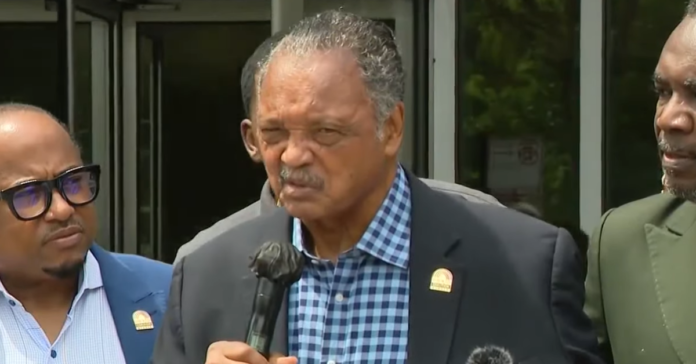 The Rev. Jesse Jackson and his wife, Jacqueline, have been hospitalized in Chicago after testing positive for COVID-19 according to a statement from Operation Push. Jesse Jackson is 79. He is vaccinated against the virus and received his first dose in January.

Jackson has Parkinson’s disease and also underwent gallbladder surgery earlier in the year. Jacqueline is 77. Both are being treated at Northwestern Memorial Hospital in Chicago. “Doctors are currently monitoring the condition of both,” the statement said.

“There are no further updates at this time. We will provide updates as they become available. Anyone who has been around either of them for the last five or six days should follow the CDC guidelines,” the statement added.

Rainbow PUSH advises anyone who has had contact with either of them for the last five to six days to follow CDC guidelines and to isolate from others.

“I hope he gets better and is able to quarantine and nothing gets more serious than it already is for him,” Chicago resident Natasha White said.

For South Side resident Keith Murray, the diagnosis is a reminder that the pandemic is still very much here.

“The country is in a bad pandemic right now. I know a lot of people myself close to me that died of COVID. Some were vaccinated and some weren’t,” Murray said.

No one associated with Rev. Jackson agreed to an interview Saturday night, though they did say they were unsure of the vaccination status of Jacqueline Jackson.

Rev. Jesse Jackson and his wife are both hospitalized after testing positive for Covid-19.

“Doctors are currently monitoring the condition of both,” the Rainbow PUSH Coalition (RPC) said in a statement Saturday. “Anyone who has been around either of them for the last five or six days should follow the CDC guidelines.”

RPC is a Chicago-based international human and civil rights organization founded by Jackson, according to its website.

Let us all pray for Rev. and Mrs Jesse Jackson. They need our sincere and intense prayers. Prayer changes things!!!

Sending prayers and wishing a speedy recovery to @RevJJackson and his wife Jacqueline. https://t.co/48k10LHHBY

Trump "Not only is Biden an embarrassment to the United States abroad, his radicalism and extremism is currently destroying our nation right here at home"