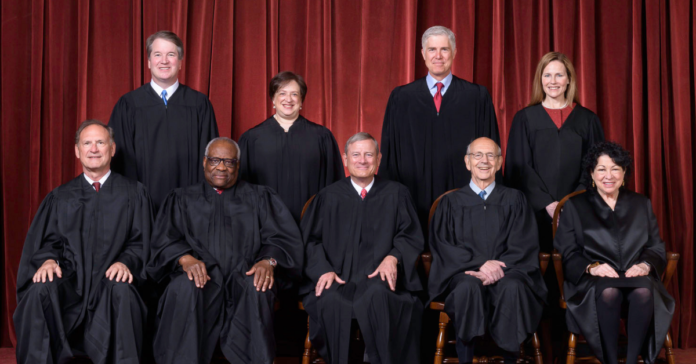 Justice Samuel Alito issued the temporary order after a request from the Department of Justice. This is normal and in no way indicates how the Court will rule on the case. The suspension of the lower court’s order will expire Tuesday night.

“It requires the government to abruptly reinstate a broad and controversial immigration enforcement program that has been formally suspended for seven months and largely dormant for nearly nine months before that,” the department said in its brief before SCOTUS.

“I have determined that MPP does not adequately or sustainably enhance border management in such a way as to justify the program’s extensive operational burdens and other shortfalls,”

“Moreover, in making my assessment, I share the belief that we can only manage migration in an effective, responsible, and durable manner if we approach the issue comprehensively, looking well beyond our own border.

“As immigration courts designated to hear MPP cases were closed for public health reasons between March 2020 and April 2021, DHS spent millions of dollars each month to maintain facilities incapable of serving their intended purpose.

“Throughout this time, of course, tens of thousands of MPP enrollees were living with uncertainty in Mexico as court hearings were postponed indefinitely. As a result, any benefits the program may have offered are now far outweighed by the challenges, risks, and costs that it presents,” he said prematurely.

The Supreme Court is temporarily halting a judge’s order that would have forced the government to reinstate a Trump administration policy forcing thousands to wait in Mexico while seeking asylum in the U.S. https://t.co/RPe29SVEuT

The Biden administration filed an emergency request with the high court in its attempt to prevent reinstating the controversial immigration policy. https://t.co/mwS8uNsN9O

The DOJ is asking the U.S. Supreme Court to suspend a lower court’s order that would force the administration to reinstate Trump’s “Remain in Mexico” policy.

Biden suspended the controversial program on his first day in office.https://t.co/ZbZRsM3hRy

State Department Sent Out Thousands Of Blank Visas Which Anyone Can Fill Out...Including The Taliban [VIDEO]

WOW: Pentagon did NOT know about threat to Americans at Kabul Airport, finds out from REPORTERS – (WATCH)