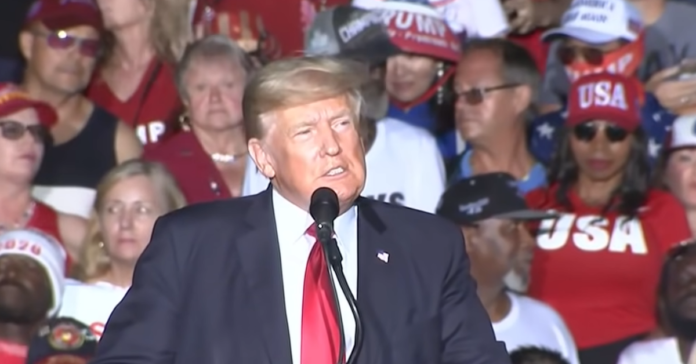 Former President Donald Trump will hold what most expect to be his largest rally since leaving office this Saturday in the great state of Alabama.

“It is literally in the heart of Trump country in one of Donald Trump’s most favorable states,” Alabama Republican Party Chairman John Wahl said. “Anytime you’re working with an outdoor venue a lot depends on weather and conditions in the area as well. But we would not be surprised to have 20,000-plus.”

“The people of Alabama and Donald Trump have a special relationship,” Wahl said. “And I wanted to make sure everyone knew that the Republic Party is united and we’re working together and we’re preparing for 2022. That’s what this is about. We’re getting ready to challenge Democrats across the country and take back the House and the Senate.”

Right Side Broadcasting Network will be streaming the event. The CEO of the Alabama based company, Joe Seales, said: “President Trump is very popular here in Alabama, a state he won by a significant margin, and the entire RSBN team is thrilled to have President Trump visit our home state”

“We’ve been covering his rallies since they began in 2015, showing the world the huge crowds, enthusiasm, and excitement that the rest of the media refuse to show.

“All of his rallies are massive compared to any other politician, but I believe this one has potential to be one of the biggest we have ever seen — Alabama loves President Trump.”

Former President Donald Trump will hold his next campaign-style rally in Alabama later this month, his political organization announced Monday.

Trump will travel to Cullman, located about halfway between Birmingham and Huntsville on Interstate 65, to deliver remarks on Aug. 21, according to Save America.

The rally will take place on the same day the state Republican Party holds its summer meeting, also in Cullman.

The 45th president won Alabama by more than 25 percentage points in both the 2016 and 2020 elections.

However, while Trump traveled to the Yellowhammer State in 2019 to take in the college football showdown between Alabama and LSU, he has not delivered a speech in the state since September of 2017.

51 hours until President Trump’s Save America Rally in Cullman Alabama. Already about 20 people camped out and waiting. #SaveAmerica pic.twitter.com/5CAuzInS6C