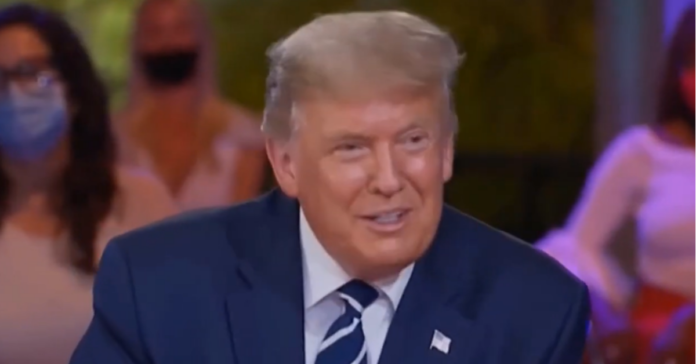 Another media hysteria is about to be blown to smithereens by facts and the talking heads at CNN and MSNBC will not apologize nor even acknowledge what they did. In fact, after the Trump Russia debacle, we know they will keep doing it because it sells.

But facts matter and a new report from Reuters is stunning because the FBI has found scant evidence that the Jan. 6 attack on the U.S. Capitol was the result of some big organized plot to overturn the election.

The media of course went all-in on the organized plot theory and hinted almost daily that Trump or people close to him were in on it. But according to law enforcement sources, that is not the case as they are not finding evidence of any plot as they exhaustively investigate what happened on Jan 6.

According to the report, the FBI currently believes the violence was not centrally coordinated by far-right groups or prominent supporters of then-President Donald Trump.

“Ninety to ninety-five percent of these are one-off cases,” said a former senior law enforcement official with knowledge of the investigation.

“Then you have five percent, maybe, of these militia groups that were more closely organized. But there was no grand scheme with Roger Stone and Alex Jones and all of these people to storm the Capitol and take hostages.”

FBI investigators did find that cells of protesters, including followers of the far-right Oath Keepers and Proud Boys groups, had aimed to break into the Capitol. But they found no evidence that the groups had serious plans about what to do if they made it inside, the sources said.

Prosecutors have filed conspiracy charges against 40 of those defendants, alleging that they engaged in some degree of planning before the attack.

They alleged that one Proud Boy leader recruited members and urged them to stockpile bulletproof vests and other military-style equipment in the weeks before the attack and on Jan. 6 sent members forward with a plan to split into groups and make multiple entries to the Capitol.

But so far prosecutors have steered clear of more serious, politically-loaded charges that the sources said had been initially discussed by prosecutors, such as seditious conspiracy or racketeering.

...More than 170 people have been charged so far with assaulting or impeding a police officer, according to the Justice Department. That carries a maximum sentence of 20 years.

But one source said there has been little, if any, recent discussion by senior Justice Department officials of filing charges such as “seditious conspiracy” to accuse defendants of trying to overthrow the government. They have also opted not to bring racketeering charges, often used against organized criminal gangs.

Senior officials had discussed filing such charges in the weeks after the attack, the sources said.

REUTERS: “The FBI has found scant evidence that the Jan. 6 attack on the U.S. Capitol was the result of an organized plot to overturn the presidential election result.”https://t.co/EkU9B3uqlU

“The FBI at this point believes the violence was not centrally coordinated by far-right groups or prominent supporters of Donald Trump.”

The only thing more deranged than claiming Russia had taken over control of the US through blackmail is calling January 6 an “Insurrection.”

[VIDEO] World Leaders Lash Out at Biden Over Afghanistan Debacle, One Ally Holds Joe in "Contempt"