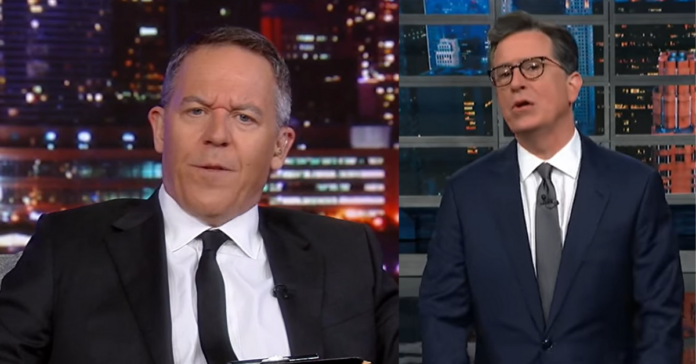 When Fox announced they were going to take on Hollywood heavyweights with a new late-night show starring Greg Gutfeld no one thought Fox had a chance to compete with Stephen Colbert, Jimmy Kimmel, and Jimmy Fallon.

But the doubters were wrong as Gutfeld is crushing the competition and just beat Stephen Colbert to take first place. Gutfeld had beaten the other two but couldn’t quite overtake Colbert.

Gutfeld mocked his competition when he launched the show in April saying: “If you cannot tell the other late-night shows apart, join the club,’ Gutfeld said when announcing the launch of his weekday show. They’re as bland as string cheese and not nearly as appetizing. It’s the same jokes, the same assumptions, probably the same writers, all reading the same columns from the same hacks in the New York Times.”

This week Gutfeld ripped the Taliban: “They aren’t an enlightened bunch. Not only are not only stuck in the dark ages. They prefer everyone else join them there.

“Their idea of women’s rights is letting her air out her burka once a year. However, we’ve been told by the press this is a kinder, gentler Taliban. What does that mean? They only partially behead you? They only throw gays out an eight-story window, not a 12-story one?”

Below are the late-night rankings for August 17, when Greg Gutfeld’s Gutfeld! unseated Stephen Colbert’s The Late Show:

Fox News’ 11 p.m. ET “Gutfeld!” finally beat every other late-night show — including Stephen Colbert’s “Late Show” on CBS — Tuesday in total viewership and the advertiser-coveted age demographic of 25 to 54.

When the right-leaning program debuted in April, host Greg Gutfeld and his promotional team made no secret of their ambition to overtake late-night rivals, but Colbert blocked him from the top spot.

Sean Hannity Accuses Biden of “Dereliction Of Duty, Calls For Joe To Resign: “If Joe Biden is not up for this job he needs to either step down or be removed”