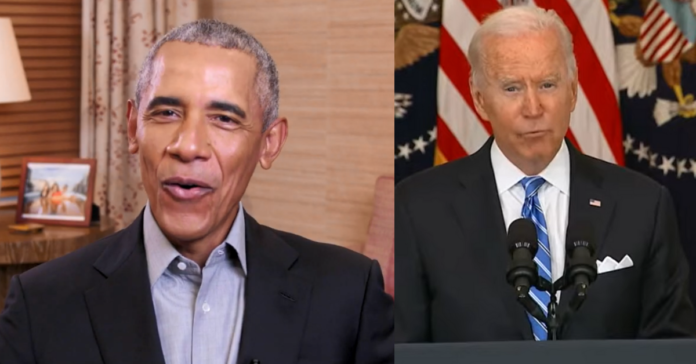 Panetta said: “I think of John Kennedy and the Bay of Pigs,” he told CNN. “It unfolded quickly and the president thought that everything would be fine and that was not the case. President Kennedy took responsibility for what took place. I strongly recommend to President Biden that he take responsibility, admit the mistakes that were made.”

Brett Bruen, the director of global engagement for the Obama White House, said: “President Biden needs to fire his national security adviser and several other senior leaders who oversaw the botched execution of our withdrawal from Afghanistan.

“He has to restructure how and with whom he is making major foreign policy decisions, allowing for more input from career experts.

“There should be absolutely no more donors appointed to represent us abroad.

“The stakes are just too high.

“Finally, there is an urgency to repairing the extensive damage done to our reputation and credibility on the world stage.”

“Unfortunately, it seems Sullivan allowed the president’s push for an end to our involvement in the country ahead of Sept. 11 to drive the American timeline.

“That was a catastrophic error. Our people were unprepared.

“We failed to get them out of harm’s way. The Afghan government and military clearly were not ready either.”

Embattled President Biden has been hammered by political opponents over the botched troop exit from Afghanistan that allowed the Taliban to seize control but something more concerning for the Democratic administration happened along the way: it lost the mainstream media.

But some of the media industry’s most outspoken liberal pundits and progressive news organizations have taken Biden to task over scenes of chaos and desperation as the Islamist terrorist group takes power.

Former Defense Secretary Leon Panetta: “I strongly recommend to President Biden that he take responsibility, admit the mistakes that were made.” pic.twitter.com/4hh6o3XmRf

The Biden White House will have to contend with images like this every single day for the foreseeable future pic.twitter.com/A7mhWlCpjk

"They're just chanting 'Death to America,' but they seem friendly at the same time” [VIDEO]