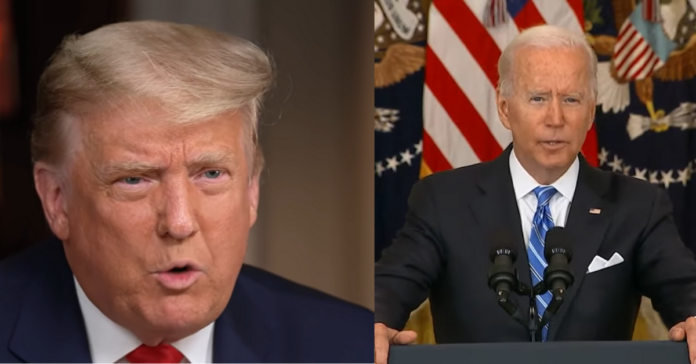 Former President Donald Trump dropped the hammer on Joe Biden after Biden tried to blame Trump for the debacle in Afghanistan. Trump held nothing back saying:

“Joe Biden gets it wrong every time on foreign policy, and many other issues. Everyone knew he couldn’t handle the pressure. Even Obama’s Secretary of Defense, Robert Gates, said as much.

“Joe Biden gets it wrong every time on foreign policy, and many other issues. Everyone knew he couldn’t handle the pressure. Even Obama’s Secretary of Defense, Robert Gates, said as much. pic.twitter.com/eAmBVRD59I