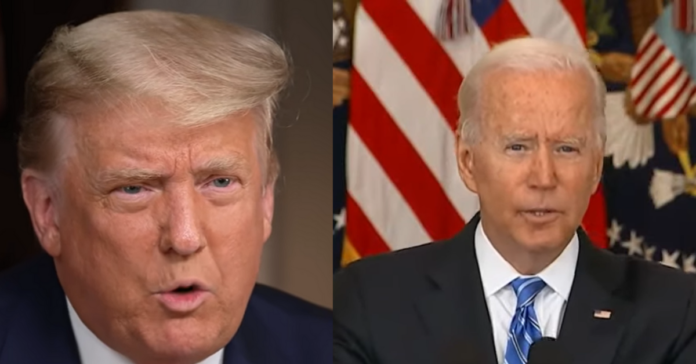 Former President Donald Trump called On Joe Biden to resign following the debacle in Kabul. “What Joe Biden has done with Afghanistan is legendary. It will go down as one of the greatest defeats in American history.” Trump said.

“It is time for Joe Biden to resign in disgrace for what he has allowed to happen to Afghanistan, along with the tremendous surge in COVID, the Border catastrophe, the destruction of energy independence, and our crippled economy.”

Trump said earlier: “Joe Biden gets it wrong every time on foreign policy, and many other issues. Everyone knew he couldn’t handle the pressure. Even Obama’s Secretary of Defense, Robert Gates, said as much.

Biden tried to blame Trump from somewhere in Camp David:

“What Joe Biden has done with Afghanistan is legendary. It will go down as one of the greatest defeats in American history!” – President Donald J. Trump pic.twitter.com/RvtV4d54rH

“Joe Biden gets it wrong every time on foreign policy, and many other issues. Everyone knew he couldn’t handle the pressure. Even Obama’s Secretary of Defense, Robert Gates, said as much. pic.twitter.com/eAmBVRD59I

Don Jr. "When Biden announced that "America is back" what he really meant was we were back to the managed decline we saw under Clinton, Bush and Obama."