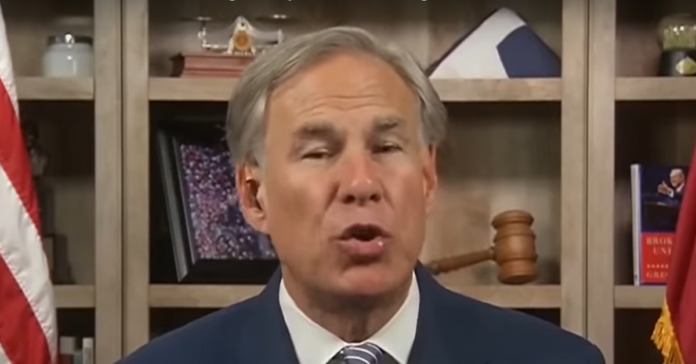 The Texas Republican Party has had enough of the wayward Dems who went into hiding to block a new voting bill and sent in The Texas House sergeant-at-arms to round them up.

Texas House Sergeant-at-Arms Michael Black is said to be traveling to the homes of the lower chamber’s members looking to haul them in and make them do their jobs.

Around 25 Texas lawmakers remain in D.C., preventing the Texas Legislature from moving forward on their sure-to-pass voting bill.

He’s made his rounds at the Texas Capitol, and now the Texas House Sergeant-at-Arms is expanding his search for absent Democrats Friday and checking their home addresses in an effort to reach a quorum so voting can occur.

One of the bills before the Texas Legislature during this second special session has to do with changes to the state’s election rules and is the main reason Democrats cite for skipping the session.

Both the Texas House and Senate are controlled by Republicans, who have enough votes to pass legislation without the Democrats.

Local law enforcement is also assisting with the search. If they find anyone, they can take them into custody and take them to the Texas House chamber.

They do not face any jail time or fines, as this is a civil arrest which the Texas Supreme Court has recently upheld as allowed.

Texas law enforcement was deputized Thursday to track down Texas House Democrats still missing from the chamber and bring them to the state Capitol in Austin, a process that Speaker Dade Phelan’s office said “will begin in earnest immediately.”

The news came as the Texas Supreme Court cleared the way for their civil arrests after it temporarily blocked Harris County judges’ orders protecting 45 Democrats from such a move.

Law enforcement was tapped “to assist in the House’s efforts to compel a quorum,” Phelan spokesperson Enrique Marquez said in an emailed statement.

Earlier this week, Phelan, a Beaumont Republican, signed warrants for those missing lawmakers, many of whom have refused to return to the chamber for weeks to block a GOP elections bill.

Their absence has prevented the chamber from having a quorum, the number of present lawmakers needed to move legislation.

Texas law enforcement was deputized Thursday to track down Texas House Democrats still missing from the House and bring them to the state Capitol in Austin. #TXlege https://t.co/E6PLceEurK

The Brownsville school board voted to sue Gov. Greg Abbott over his executive order banning mask mandates. It comes as that district and Edinburg issued mask requirements. #TXed https://t.co/ydugIOr71E

WATCH: Arnold to anti-maskers "screw your freedom...because with freedom comes obligations and responsibilities"