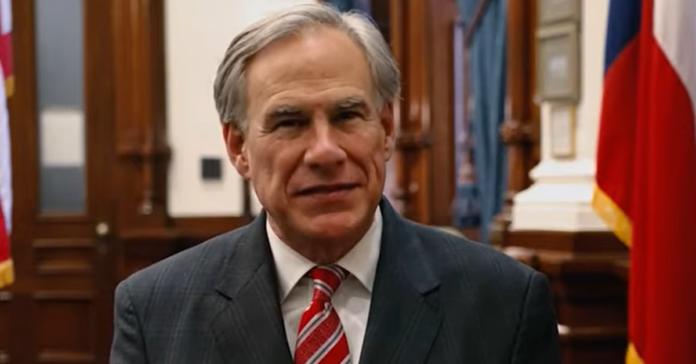 Texas House Speaker Dade Phelan officially signed 52 civil arrest warrants for absent Democrats who are desperately trying to block a new voting bill. Phelan signed the warrants late Tuesday night after the Supreme Court allowed for the move and the chamber voted 80-12 to force the runaway lawmakers to return to work.

Rep. Chris Turner, who chairs the Texas House Democratic Caucus, said Tuesday it’s “fully within our rights as legislators to break quorum to protect our constituents,” according to the Morning News.

Republicans needed five more lawmakers for a quorum to move forward with a tweaked voting measure Tuesday. The abridged proposal — among numerous restriction bills around the country influenced by former President Trump’s false election fraud claims — would ban 24-hour polling locations, drive-thru voting and give politicians more control of the voting process in the red state.

A Brennan Center analysis of national voting laws in 2020 found that Texas already had the strictest polling measures in the US.

Nearly two dozen Democrats sued Gov. Greg Abbott and other state GOP leaders last week, claiming efforts to bring them back to Austin for a special session violated their rights.

The 80 to 12 landslide vote to issue arrest warrants is bad news for the Dem lawmakers and came after Texas’ Supreme Court overturned a temporary restraining order that blocked the lawmakers from being arrested by a lower court.

According to the Supreme Court’s ruling, Democrats who refuse to show up for the Legislature can be detained by law enforcement. They could be frogmarched back to the state Capitol as well after the Texas Supreme Court overturned a state district judge’s temporary restraining order.

The high court’s order came after Gov. Greg Abbott and House Speaker Dade Phelan petitioned the court to overturn the ruling by a Travis County district judge blocking the GOP from ordering the arrest of the Democrats.

“The Supreme Court of Texas swiftly rejected this dangerous attempt by Texas Democrats to undermine our Constitution and avoid doing the job they were elected to do,” said Renae Eze, an Abbott spokeswoman. “We look forward to the Supreme Court upholding the rule of law and stopping another stall tactic by the Texas Democrats.”

“It is no surprise that Republican Governor Greg Abbott and House Speaker Dade Phelan want to arrest their political opponents. Thankfully, this is still the United States of America. We will defend the freedom to vote, and we look forward to our temporary injunction hearing on August 20th.”

“There’s no way in hell I’m going to that House floor while I’ve got the protection of a judge’s order,” State Rep. Celia Israel, D-Austin, said.

The Texas House voted overwhelmingly Tuesday to authorize law enforcement to track down Democrats absent from the chamber and bring them back to the state Capitol, “under warrant of arrest, if necessary.”

The 80-12 vote came hours after the Texas Supreme Court ordered that those missing Democrats, many of whom left the state last month to block a GOP voting bill, could soon be detained by state authorities. The order by the all-GOP court came at the request of Gov. Greg Abbott and House Speaker Dade Phelan, fellow Republicans who had asked the court Monday to overturn a ruling from a state district judge that blocked those leaders from ordering the arrest of the quorum-breaking Democrats.

Since the Legislature gaveled in Saturday for its second special session ordered by Abbott, the House has been unable to make a quorum as dozens of Democrats have remained absent from the chamber.

The state also argued that the House Democrats’ claims are “quintessential political questions” that lie beyond a court’s power to decide. The House’s rules allow for present members to compel the attendance of missing lawmakers, and at least 41 other states have similar provisions in their constitutions, the motion read.

In a response, lawyers for the House Democrats who received the temporary restraining order said the state sought an order that will free it to “to forcibly arrest political opponents who have committed no crime.”

Unlike other states, whose rules only require the presence of a majority of members to reach quorum, Texas requires a two-thirds supermajority “because the framers of the Texas Constitution prioritized high levels of participation and consensus-building in legislative decision making, even if it increased the costs of the process and the possibility that the process could deadlock,” the Democrats’ lawyers argued.

“In other words, the architects of the Texas government fully expected, and even encouraged, the power of a cohesive minority of members to ‘bust the quorum’ as a means of participation in the decision-making process,” their response read, adding that the Democrats were “acting like true Texans.”

The warrants will be delivered to the House Sergeant-at-Arms tomorrow morning. The warrants command the Sergeant take the absent Democrats into custody and deliver them to the House. https://t.co/HKMhnLoCPQ pic.twitter.com/y2r7XnrOzD