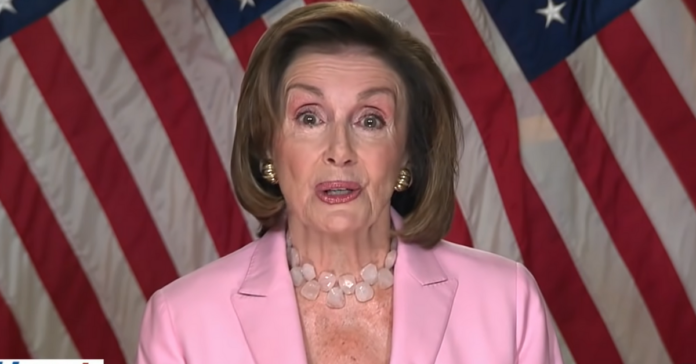 Nancy Pelosi suffered a huge blow today, one that will help lead to her removal as Speaker of the House in two years. Pelosi has a slim majority that is keeping her in power right now. After redistricting, most believe the Dems will lose the House unless they pull off a miracle.

So it is crucial that Nancy keep every Dem seat she can while trying to pick off enough GOP seats to make up for Dem losses due to redistricting in states where they have no power.

So believe me when I tell you Pelosi took the news especially hard that swing district Dem Rep. Ron Kind won’t run again. Kind is from a key district in Wisconsin that voted for Trump twice. He barely won his last election by 3%.

In the election before that, he won by nearly 20%. “I’ve run out of gas,” he told reporters who noted he has spent 13 terms in office. “I had to face a serious job review every two years for 26 years,” Kind said.

“When Congressman Kind retires at the end of this term, Wisconsin and America will be losing a public servant in Congress who has dedicated decades to delivering results For The People,” Pelosi wrote in a statement.

Kind, who has spent nearly 25 years in the House, faced a closer-than-expected race in his sprawling rural Wisconsin seat last fall.

He beat his GOP challenger Derrick Van Orden by less than 3 percentage points in 2020, after winning by nearly 20 points the previous cycle.

Democrats close to Kind said he acknowledged his reelection would be tougher this year, with Van Orden, a retired Navy SEAL, seeking a rematch.

The GOP candidate raised a whopping $750,000 last quarter, outpacing the incumbent. Still, Democratic lawmakers and strategists had expected Kind — who serves on the coveted Ways and Means panel — to run again.

The first word of Kind’s retirement shocked Democrats, his decision representing a disappointing turn for many who believed they had largely dodged a pre-midterm exodus.

Kind’s now-open seat joins a daunting list of other races Democrats will have to worry about as they head into the 2022 cycle on defense against an emboldened GOP, a potentially perilous redistricting and years of history pointing to the party in power usually losing in the midterms.

Rs were targeting him big time. and they felt certain they’d beat him https://t.co/GjdfVpB6ND

Kind would have been facing a TOUGH reelection in November, after winning by under 3 pts in 2020.

And that same GOP challenger, Derrick Van Orden, was already outraising him this cycle.

Rep. Greene suspended from Twitter for a week after fourth "strike"

WATCH: "He’s done a helluva job" Biden under fire for complimenting Cuomo's work as governor upon news of his resignation