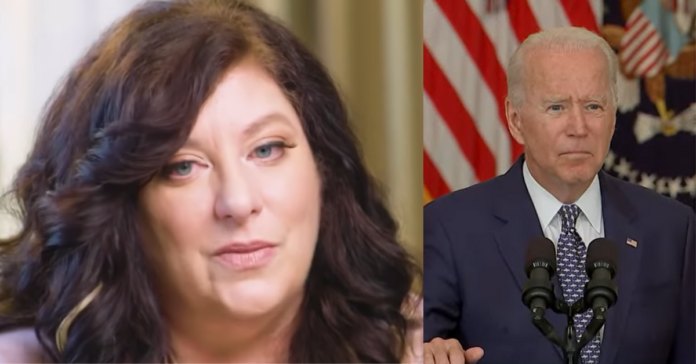 Tara Reade, the former Senate staffer who alleged that Joe Biden sexually assaulted her in 1993, broke her silence after Democratic New York Gov. Andrew Cuomo finally stepped down in disgrace. She demanded a real probe into Biden before calling for his resignation.

“My heart is with the brave Cuomo survivors who endured attempts to discredit them like I did coming forward about Joe Biden with the help of nonprofits that were supposed to help women like Time’s Up,” Reade said.

“May there be some measure of justice for the survivors. Now, let’s call for a real investigation into Joe Biden and expose the corruption protecting powerful predators.”

“Time’s Up committed the most hideous betrayal to protect their most powerful friends and not only not protect survivors but cause harm,” Reade said of the organization meant to help women but instead got caught up defending Cuomo.

“The revelations and Cuomo’s resignation is a signal to the powerful men with nasty behavior that survivors’ voices will be heard and their behavior no longer rewarded. Not from a governor and not from the president of the United States,” Reade said.

“I hope for justice. Cuomo resigned today and Biden should also resign,” she added.

Reade wrote the memoir, “Left Out: When the Truth Doesn’t Fit In” about her experience. The blurb says:

“Tara Reade shares the aftermath of the re-victimization of speaking out about her sexual assault, with then-Senator Joe Biden in 1993, where the shaming, attacks, and threats instigated by the media sent her into a personal tailspin.

“Tara-rized viciously by cyberbullies, receiving death threats and fearing for her life and those of her family, Tara tells how living with no regret and coming forward was right for her conscience.

“The moment that defines Tara will not confine her but instead move her forward by reclaiming her identity.

“Tara pulls together the pieces of her life experiences to forge a path of hope so that other survivors may have dignity coming forward.

“This memoir reflects that Tara knew the value of speaking truth to power even in the most difficult of circumstances.”

Biden on Cuomo: “He’s done a hell of a job … that’s why it’s so sad.” pic.twitter.com/HcGXrTGTnX

Biden snaps at reporter: “I’m not going to comment any more on Andrew Cuomo.” pic.twitter.com/tffT6146e3