Kamala Harris is feeling the heat from her Guatemala flop. While the Veep watches “Doctor” Jill Biden soak up all the media’s “love” on her G7 tour, Harris is stuck being peppered by uppity reporters pressing her for answers about the border crisis.

Harris withered under the spotlight repeatedly when grilled for answers about the immigration debacle. A female reporter nearly got her head bitten off when asking the VP about visiting the border. Watch:

“When are you going to go to the border, Vice President?” the reporter asked.

“I’m not finished,” Kamala snapped at the Univision host.

Just as embarrassing was an exchange with NBC’s Lester Holt. During her response, however, she may have revealed a little bit more than she wanted to.

Cringe. Kamala Harris doesn't get it.

Holt: "Do you have any plans to visit the border?"

Holt: "YOU haven't been to the border."

Harris: "…..and I haven't been to Europe. I don't understand the point you're making." pic.twitter.com/fFXMf8X0b6

Holt: “Do you have any plans to visit the border?”

Holt: “YOU haven’t been to the border.”

Harris: “…..and I haven’t been to Europe. I don’t understand the point you’re making.”

She hasn’t “been to Europe.” Interesting. Someone who has gone to Europe is Dr. Jill Biden who is “ready for her close up” and has been soaking up the media limelight.

Such as fawning puff pieces on her “Love” jacket, which is imagined by inspid, sycophantic lapdog press to be some kind of jab at Melania Trump (she once wore an ironic, ‘I really don’t care, do u?’ jacket to jab the press over its double standard coverage of the elegant and compassionate First Lady).

Traveling with President Biden in the UK, Jill Biden wore a jacket on Thursday that read “LOVE” on the back, an echo of Melania Trump’s “I really don’t care, do u?” jacket that she wore in 2018 to visit children separated from their parents at the border. https://t.co/0EJHqAfAd6

Jill Biden is also being adored for her “soft power,” something that must really grate the ladder-climbing Kamala Harris. Jill Biden even seemed to rub in ‘who’s the boss’ by sitting in her executive chair.

Prepping for the G7. pic.twitter.com/drPmb2vBwI

And the photos of Jill Biden getting the ‘princess’ treatment with the Duchess of Cambridge Kate Middleton must be equally tough to swallow.

Welcome to the UK, @FLOTUS 🇬🇧🇺🇸

It all started when Joe Biden and Kamala Harris infamously clashed over Biden’s past busing position. Kamala Harris had been struggling in the polls due to baggage from her days as California Attorney General and her immense amounts of unlikeability. She decided to go on the offensive by bringing up part of Joe Biden’s lengthy record of racist statements and positions. Jill Biden was none-too-pleased.

“With what he cares about, what he fights for, what he’s committed to, you get up there and call him a racist without basis? Go f*** yourself,” Jill Biden said. The quote was cited in a recent article in Politico Magazine.

The two shared an extremely awkward hug after the story went to press. 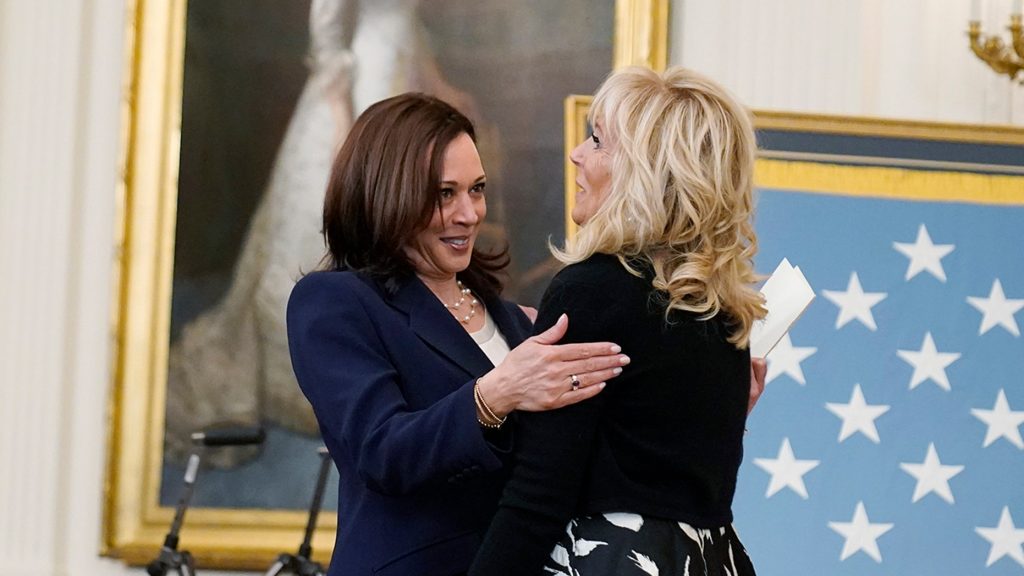 That isn’t the only icy exchange between the two. The fire in Harris’s eyes and restrained contempt show through without a doubt. 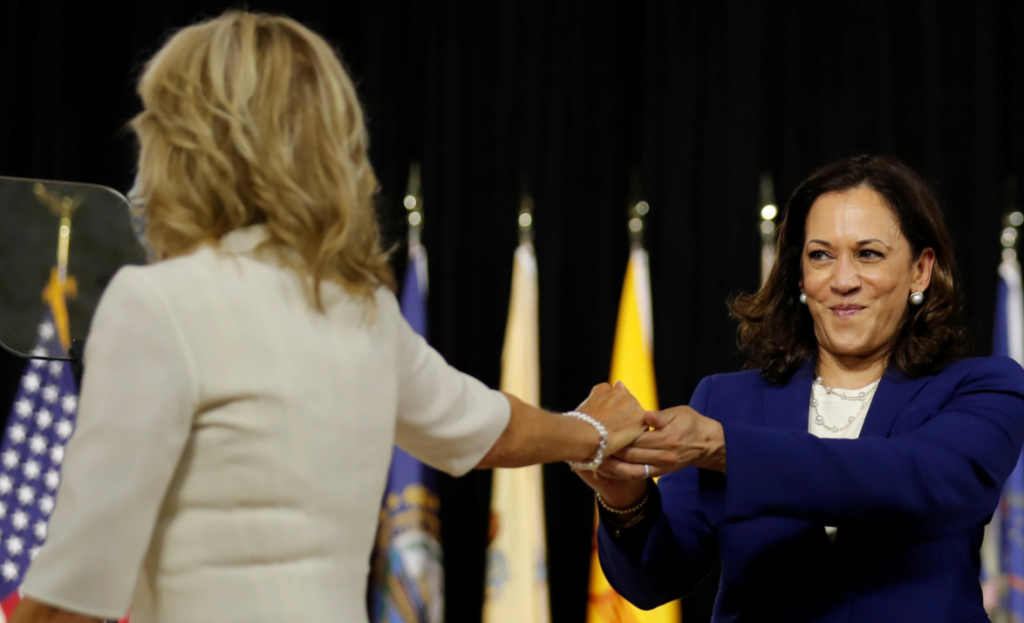 Kamala Harris is believed by many to be specifically groomed to take over and run the show when the lights finally go out for Joe Biden for good. But Jill Biden appears to be acting as Joe’s caretaker and handler, and is vying for White House power and influence behind the scenes.

People are totally missing this

Jack Posobiec of Human Events and the author of a new Antifa book strongly suggested the Jill Biden may have seen to it that Harris got sent to Guatemala.

Who do you think go Kamala sent to Guatemala during the G7 in London?

After all, why not saddle the VP with responsibility for the most obvious policy debacle of the Biden presidency, while sending her off away from the real centers of power? There may be a good reason that Jill Biden earned that “doctorate,” after all. Because if she’s the brains behind setting Harris up for the Guatemala “catastrophe,” she’s brighter than she lets on.

People Are Noticing Something Curious About The Latest G-7 Photo