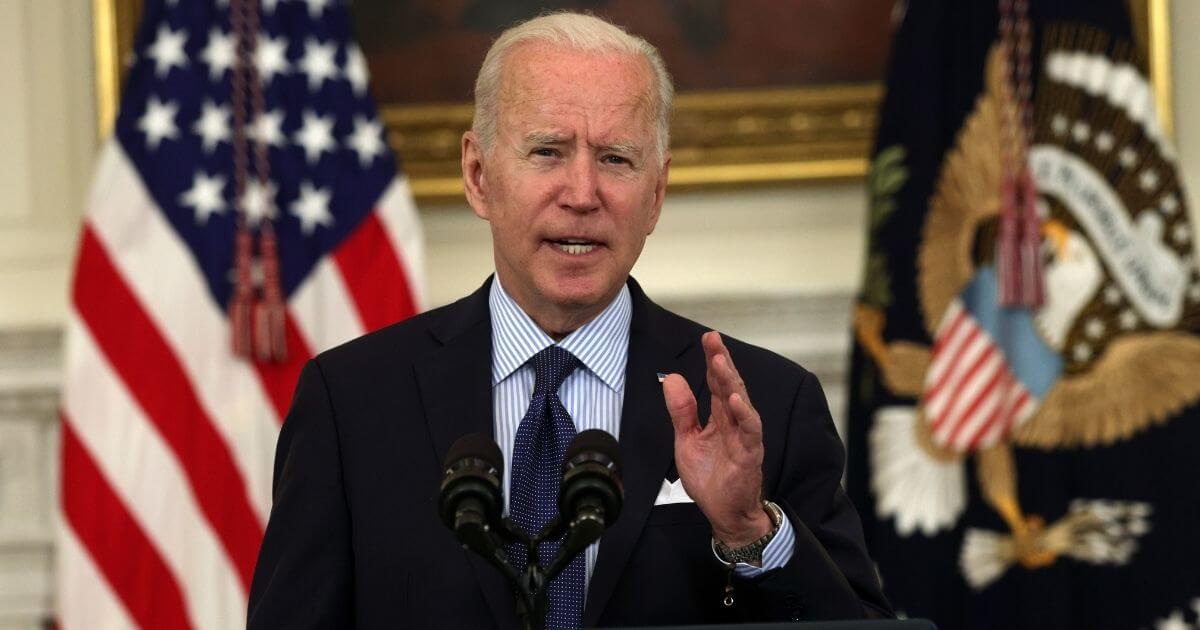 President Joe Biden and U.K. Prime Minister Boris Johnson signed a revitalized New Atlantic Charter on Thursday that listed the “climate crisis” and “disinformation” among the biggest threats to the world.

Axios reported the revitalized Atlantic Charter was modeled after the joint 1941 statement made by then-Prime Minister Winston Churchill and former President Franklin D. Roosevelt that outlined their goals for the world in a post-World War II era and was a major milestone in the formation of the United Nations.

“We commit to working closely with all partners who share our democratic values and to countering the efforts of those who seek to undermine our alliances and institutions,” the document stated.

The threats outlined in the charter include disinformation, election interference, climate change and global health crises like the novel coronavirus pandemic.

“We must ensure that democracies — starting with our own — can deliver on solving the critical challenges of our time,” the document stated.

“We will champion transparency, uphold the rule of law, and support civil society and independent media. We will also confront injustice and inequality and defend the inherent dignity and human rights of all individuals.”

“[T]he world has reached a critical point where it must act urgently and ambitiously to tackle the climate crisis, protect biodiversity, and sustain nature.”

Axios noted that Thursday’s visit in Cornwall, England, was the first time Biden and Johnson have met in person.

Biden has previously criticized Johnson, calling him a “physical and emotional clone” of then-President Donald Trump in 2019.

Johnson also led the Brexit campaign, which separated the U.K. from the European Union, and Biden opposed the move.

The U.S. president was also expected to address border issues in Ireland in the wake of Brexit that threaten to hinder a peace deal the U.S. helped negotiate in the 1990s.

While in public, the two leaders appeared to be positive about their relationship.

“I told the Prime Minister we have something in common: we both married way above our station,” Biden said in remarks prior to their bilateral meeting.

The two leaders are also expected to discuss climate change, global vaccination efforts and travel between the U.S. and the U.K.

However, the famed “special relationship” between the two leaders is still a little rocky, according to The Associated Press.

“The prime minister is on the record previously saying he prefers not to use the phrase, but that in no way detracts from the importance with which we regard our relationship with the U.S., our closest ally,” Johson’s spokesperson said.

Report: Democrats Are In For A Rude Awakening, Hispanic Voters ‘Don’t Buy Into That At All’

The Photo That Sparkled Millions Of Wonders -