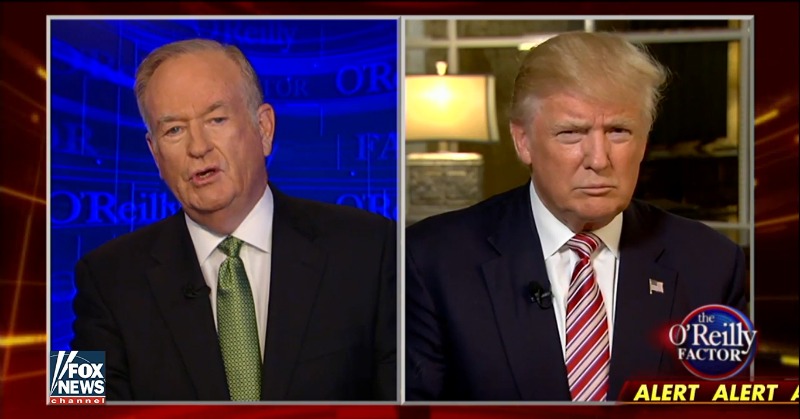 “These will be wonderful but hard-hitting sessions where we’ll talk about the real problems happening in the U.S., those that the Fake News Media never mention,”  Trump said in a news release.

BIG: President Donald J. Trump to Discuss the History of His Administration with Bill O’Reilly in a Limited Engagement National Tour https://t.co/9X7XdOB3xw

“I will be focusing on greatness for our Country, something seldom discussed in political dialogue. If we don’t make our Country great again, we will soon no longer have a Country!” he added.

Trump concluded, “I look forward to working with Bill, who right now has the #1 bestselling book, to openly discuss the real problems of our Country, and how to solve them. Additionally, it will be fun, fun, fun, for everyone who attends!”

O’Reilly said, “My job as a historian/journalist is to get important things on the record in a fact-based way. These conversations with the 45th President will not be boring.”

“From the pandemic that killed hundreds of thousands, to the speedy development of the vaccine, to the rise of the economy, to the global challenge from China, Donald Trump was the dominant decision-maker and the most powerful person in the world,” the news release said.

FLORIDA: President Trump and Bill O’Reilly will hold live events in Florida and Texas in December, dubbed “The History Tour,” where Trump will give an “inside view of his admin.”

The news follows Facebook’s announcement on Friday that Trump will be suspended from its platform for two years.

The social media provider said it will look to “experts” to review whether the former president can be reinstated in January 2023.

“We will evaluate external factors, including instances of violence, restrictions on peaceful assembly and other markers of civil unrest,” Nick Clegg, Facebook’s vice president of global affairs, said in a statement.

“If we determine that there is still a serious risk to public safety,” Clegg added, “we will extend the restriction for a set period of time and continue to re-evaluate until that risk has receded.

“When the suspension is eventually lifted, there will be a strict set of rapidly escalating sanctions that will be triggered if Mr. Trump commits further violations in future, up to and including permanent removal of his pages and accounts.”

Trump also appeared at a GOP dinner in North Carolina on Sunday, where he spoke out on a wide range of issues and endorsed Republican Senate candidate Ted Budd.