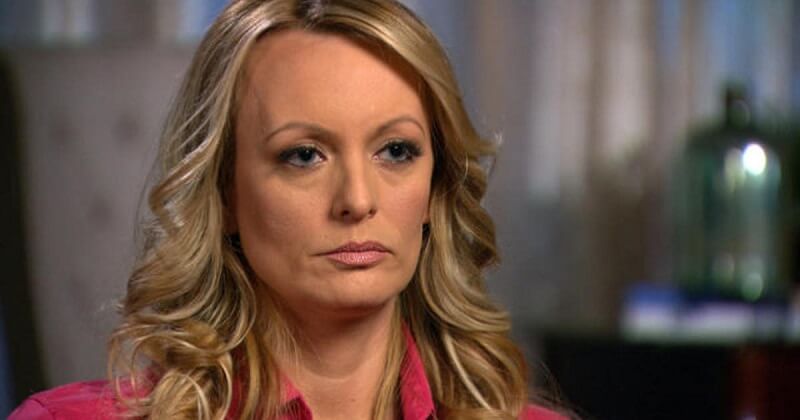 Stormy Daniels represents many of the things leftists love most — sexual deviance and a hatred of former President Donald Trump.

An adult film star, Daniels, whose real name is Stephanie Clifford, rose to prominence in 2018 after detailing an alleged affair she had had with Trump.

Daniels had signed a non-disclosure agreement regarding the affair, which later raised questions as to whether or not the deal violated campaign finance laws.

Despite once lamenting that her legal battles with Trump had “completely destroyed” her career, Daniels is back at it again with her attacks on Trump.

According to The Hill, the aforementioned prosecutors convened last month to “investigate possible financial crimes committed by the former president or his company,” with the focus of said investigation now turning to Trump’s alleged payment to Daniels and whether or not it constituted a campaign finance violation.

As if Trump and his dealings haven’t been investigated thoroughly enough.

Stormy Daniels says her attorney has been in contact with New York investigators as part of their investigation into former President Trump and his company.https://t.co/HPA0VU5VQp pic.twitter.com/bQ0uhQ7q8Y

“I have all the original forms and emails and wire transcripts and all of that stuff and I’m happy to turn it over to the — anybody who needs it, honestly,” Daniels said.

“I know that my attorney Clark Brewster has been in contact with them and very forthcoming with my willingness to participate.”

“This sets a really dangerous precedent that the president is above the law,” Daniels said.

“And I really just, whether you are on the side of Trump or not, I just don’t understand how one man can go to prison for a crime and somebody else can’t even be investigated.”

After all, Donald Trump has perhaps been the most highly scrutinized president of all time, with constant inquiries into his dealings, all of which end with no substantive evidence having been found of major wrongdoing.

Strange that, after all these years of intense scrutiny and unfettered investigation in Trump’s dealings, the appearance of any wrongdoing has yet to be found.

It’s almost as if Trump is innocent and this most recent investigation is nothing more than the latest installment in a years-long witch hunt.

WATCH: Biden taking heat for failing to mention the 77th Anniversary of D-Day