LeBron Pulls Most Cowardly Move Yet, Storms Away and Refuses to Shake Hands After Losing Game 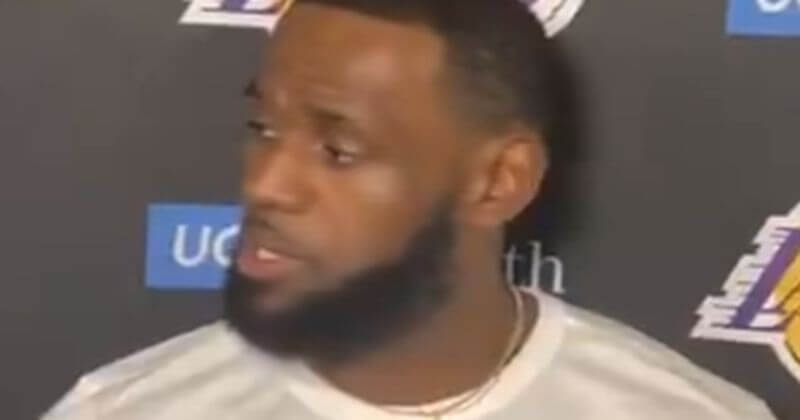 Kids got a firsthand look at bad sportsmanship from Los Angeles Lakers star LeBron James after the Phoenix Suns brought an end to his team’s season last week.

James neglected to shake anyone’s hand as he left the court to hide away in the locker room following the Suns’ 113-100 victory Thursday night at Staples Center.

“A quick exit for Lakers’ LeBron James after Game 6 loss. No handshakes on the court w/ the Suns,” The Washington Post’s Ben Golliver wrote in a tweet after the game.

A quick exit for Lakers’ LeBron James after Game 6 loss. No handshakes on the court w/ the Suns pic.twitter.com/hv7S60KHRk

Commenters were quick to criticize the NBA star’s lack of sportsmanship, calling his behavior rude and shameful.

James made a similarly poor display in Game 5, walking off the court with five minutes left when his Lakers were being blown out.

LeBron hitting the locker room early to get his excuses ready for his press conference
pic.twitter.com/eGOwcsqMut

It’s no secret: LeBron James is a controversial figure, but his blatant disregard for his teammates — and for sportsmanship — speaks volumes about his character, or lack thereof.

The Lakers were NBA champs last season but lost in the first round of the playoffs this year.

The early exit dealt a blow to James’ inflated ego, no doubt.

The NBA superstar now is left to watch other teams battle for the championship while he promotes the July release of “Space Jam 2: A New Legacy,” which will offer more publicity for him, especially among children.

No doubt, kids idolize professional athletes, and many dream of following in their footsteps someday.

So what would any kid think while watching James’ antics after losing to the Suns?

We teach child athletes to practice good sportsmanship, to treat their teammates — and the opposing team — with respect.

After abandoning his team and refusing to shake hands in successive embarrassing bouts of pouting and selfishness, James deserves to sit and watch the remainder of the NBA playoffs from home.

The defeats may have dealt a blow to the NBA superstar‘s ego, but his response is unacceptable.

Then again, can we really expect more from someone who calls himself King James?

Don Jr. Just Figured Out What Biden’s Greatest Accomplishment Will Be, and It’s Hilarious...