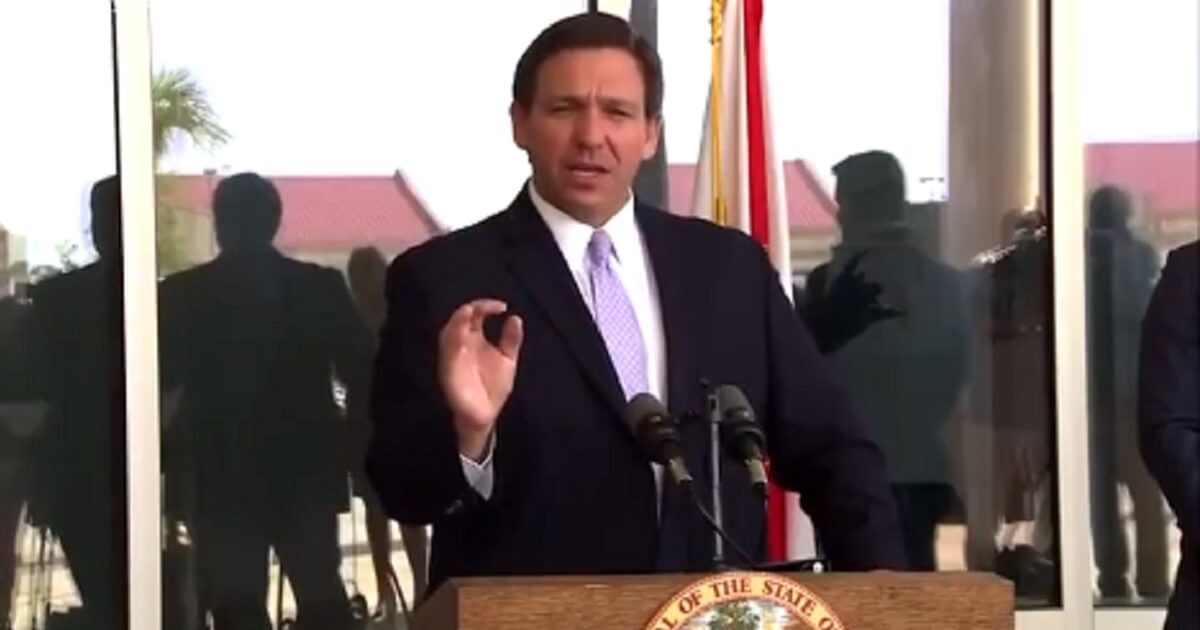 When asked if he would be open to DeSantis as a running mate, Trump responded during a Fox Business interview, “Sure I would, but there are numerous people that are great.”

Trump further said, “I was the first one to endorse him when he came out as a congressman. A lot of people didn’t know and my endorsement helped him tremendously and I know him very well. He’s a great guy.”

The former president has yet to announce whether he will run for the White House again in 2024. However, many are already looking forward to his potential running mate.

In an interview that aired in May on “The Dan Bongino Show,” Trump teased listeners concerning another presidential run.

On the premiere episode of his radio show, @dbongino asks former President Donald Trump if he plans to run in 2024…

His answer is going to send the speculation into overdrive!

Bongino asked the former president, “I have to ask, where are we with 2024? We need you. We need you big time. You thinking about it? Are you leaning one way? We’d love to hear it.”

Trump answered, “We are going to make you very happy. And we’re going to do what’s right. And we’ve done a great job for the country — rebuilt our military, and had the greatest economy ever.”

Former Vice President Mike Pence is still said to be on good terms with Trump, but their disagreements following the 2020 election may lead to Trump making a new choice if he becomes the Republican nominee again.

Speaking Thursday New Hampshire, Pence provided his most extensive public comments regarding what happened on Jan. 6.

“As I said that day, Jan. 6 was a dark day in the history of the United States Capitol. But thanks to the swift action of the Capitol Police and federal law enforcement, violence was quelled. The Capitol was secured,” Pence said, according to The Associated Press.

“And that same day, we reconvened the Congress and did our duty under the Constitution and the laws of the United States,” Pence added.

“You know, President Trump and I have spoken many times since we left office.

“And I don’t know if we’ll ever see eye to eye on that day.”

DeSantis has stood out during the pandemic for opposing many lockdown measures and for his strong views against the Biden administration.

LeBron Pulls Most Cowardly Move Yet, Storms Away and Refuses to Shake Hands After Losing Game