Capitol Cops Knew About Jan. 6 Weeks Ahead of Time, Could Have Stopped It but Didn’t 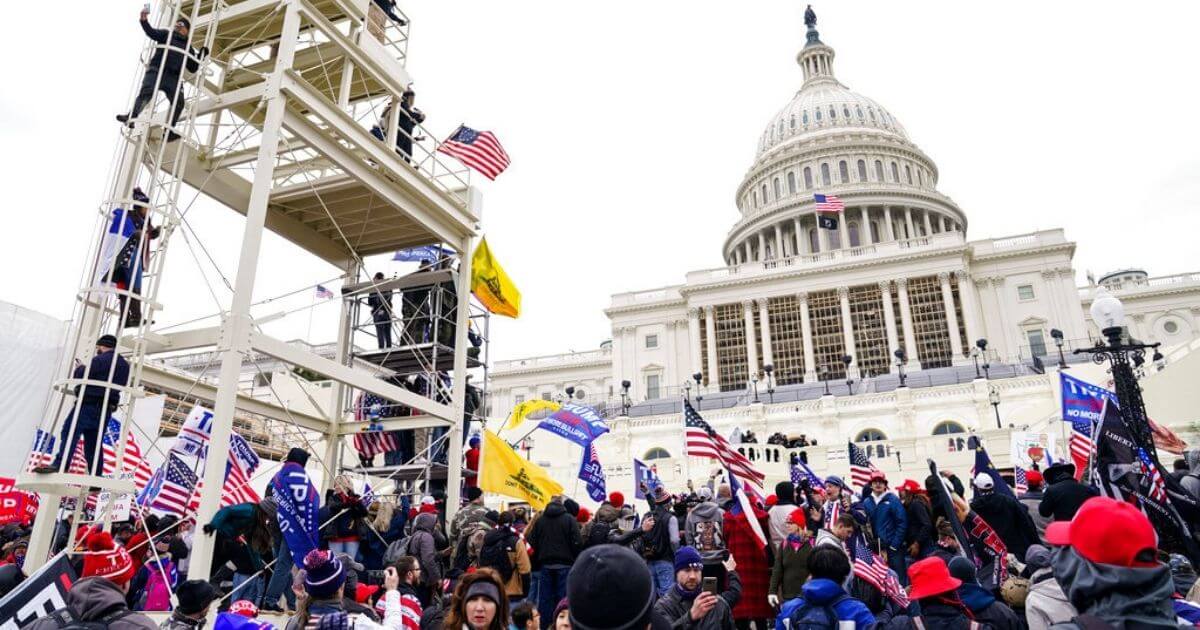 The report, “Examining the U.S. Capitol Attack,” detailed a laundry list of the failures of the U.S. Capitol Police. Chief among them is that the police force knew about individuals coming to Washington en masse with a clear intention to “disrupt the Joint Session of Congress” but did nothing to prepare.

“On December 22, the Intelligence and Interagency Coordination Division, received significant information about the rising likelihood of violence, including an email with the subject line: ‘Threats to bring guns into DC,’” the report said.

“The latter email, written to the Assistant Director of IICD, summarized a video of Sam Andrews, a former leader of the Missouri branch of Oath Keepers, and a report on the website the Hagmann Report that described Mr. Andrews as encouraging ‘armed conflict during the protest’ on January 6, 2021,” it continued.

Even though the IICD was aware of the planned incursion and warned the Capitol Police, the department did nothing to prepare for it.

“Internal records and USCP officials’ testimony confirm that USCP began gathering information about events planned for January 6, 2021 as soon as demonstrations to protest the Electoral College vote certification were announced in mid-December 2020,” the report said.

The report damningly concluded that even though it was aware of the pending riot, the Capitol Police “did not prepare a department-wide operational plan for January 6.”

Jan 6 Report by The Western Journal

It likewise confirmed that the Capitol Police did not request National Guard assistance.

“The Capitol Police had no plan for military to be involved around the Capitol. The only agency … that had a request for military was the Metro Police. No one else did.”

The report concluded with an incriminating summary.

“The entities responsible for securing and protecting the Capitol Complex and everyone onsite that day were not prepared for a large-scale attack, despite being aware of the potential for violence targeting the Capitol,” it said.

The Million-Dollar Question:  Why?

It’s important to note that while more than 450 individuals have been arrested on charges of trespassing, damage and assault during the event, no single individual has been charged with firing a gun.

And although rioters did show up with a variety of weapons, generally an insurrection will not be successful with stun guns, pepper spray, baseball bats or even flagpoles.

It is true there was ugly violence that day. The Capitol Police did not take the obvious steps to prevent it, and its public explanations have been woefully inadequate.

There was additional damage done that day, political damage, specifically to the Trump administration.