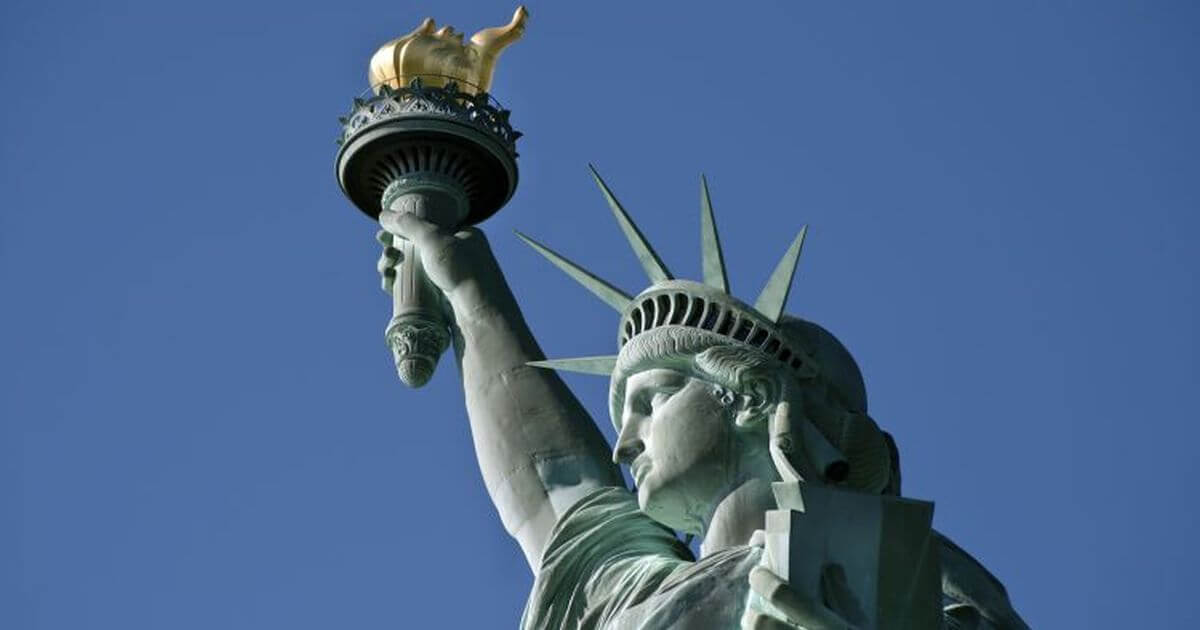 A scaled-down replica of the Statue of Liberty began its trip from France to the United States on the back of a flat-bed truck on Monday, retracing the journey made over a century ago by its big sister, which now looks out over New York Harbour.

The replica, which stands at 2.83 meters (9.3 ft) tall, is being loaned by a Paris museum to the United States for 10 years to cement Franco-American friendship.

On Monday, workmen used a crane to gently lift the statue off its plinth in Paris. They then laid it on its back on the back of a truck, covered with plastic film for protection and wedged in with foam blocks.

Once in the United States, it will go on display in Washington D.C.

WATCH: A French museum plans to send a replica of the Statue of Liberty to the U.S. to rekindle the historic friendship between France and America pic.twitter.com/c8rfoxwLvl

“Franco-American friendship will be marked under the sign of liberty,” said Olivier Faron, general administrator of Conservatoire National des Arts et Metiers, the institution which oversees the museum. “A new era in relations between France and the United States will open up, that’s what we want.”

The larger version of the Statue of Liberty was given by France to the United States as a gift, and was completed and assembled in 1886.

The smaller replica was designed in 1878 by Frédéric Auguste Bartholdi, the same sculptor who – with help from engineer Gustave Eiffel – created the larger version now in New York.

PARIS (AP) — A replica of the Statue of Liberty, smaller but based on the original plaster cast of its big sister on Ellis Island, a gift from France, was given a sendoff Monday ahead of a trip to the… https://t.co/hNo5xIBAcw

Do you know there is the Statue of Liberty in Odaiba, Tokyo? It commemorates the friendship between France and Japan. Originally it came from France in 1998 and returned in 1999 but since people missed it, Japan decided to make a replica and voila! It’s been there since 2000🗽 pic.twitter.com/BIC9l795hO

Get a FREE copy of “The Statue of Liberty – The Official Program of its Inauguration” by John J. Garnett

Get a FREE copy of “The Statue of Liberty – The Official Program of its Inauguration” by John J. Garnett