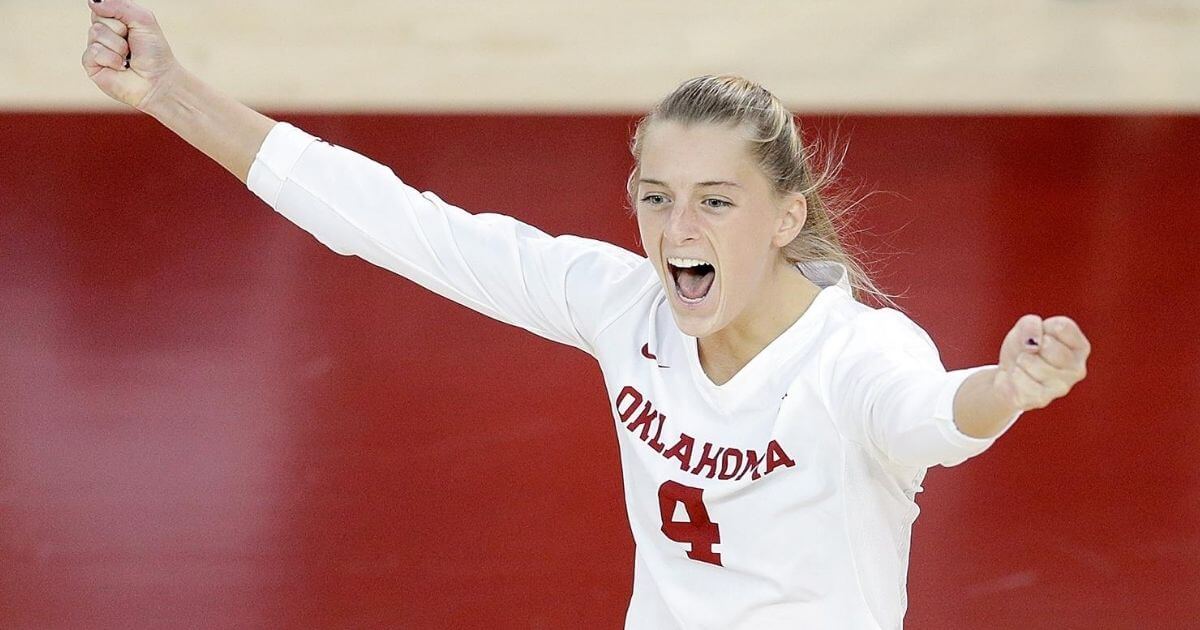 A former member of the University of Oklahoma volleyball team is suing the school and her former coaches, alleging she faced discrimination after she publicly shared her conservative political views.

The Oklahoman reported Thursday that Kylee McLaughlin, 22, left the team this past season after she was forced to redshirt.

The former standout said that sharing her political views, which contrasted with those of her teammates and coaches, resulted in her being discriminated against and ultimately being forced to transfer to the University of Mississippi.

McLaughlin said last summer she was “frozen out” of the school’s volleyball program after the team was fed critical race theory materials and she did not agree with them.

In her lawsuit, the senior from Carrollton, Texas, said she and her teammates watched the 2016 Netflix documentary “13th” at the direction of coaches.

Netflix described it as a “thought-provoking” film in which “scholars, activists and politicians analyze the criminalization of African Americans and the U.S. prison boom.”

Online film review aggregator Rotten Tomatoes said of “13th,” “Filmmaker Ava DuVernay explores the history of racial inequality in the United States, focusing on the fact that the nation’s prisons are disproportionately filled with African-Americans.”

McLaughlin, after watching the film, apparently took issue with its premise and was vocal about it.

In her lawsuit, she said that in addition to being forced to watch the film, her teammates and coaches “took some shots” at former President Donald Trump and compared the story director DuVernay told to the “beatings of Blacks in the 1960s.”

McLaughlin went on Twitter a day after watching the film to comment on an unfolding drama south of the Red River at the University of Texas — Oklahoma’s chief sports rival — about a movement to cancel that school’s fight song, “The Eyes of Texas,” which critics claim carries racist undertones.

She said she dismissed the contrived controversy online by using laughing emojis and was attacked by her teammates. McLaughlin said she was forced by OU head volleyball coach Lindsey Gray-Walton to apologize to Texas athletes and delete her posts.

From there, she said, she was branded as racist and homophobic.

McLaughlin alleges she soon was told she no longer fit in on the team and was asked to sit out, according to her lawsuit.

The 5-foot-10 setter previously was the Big 12 Conference’s most productive offensive player, according to a video shared by Oklahoma volleyball in 2019.

“Although [McLaughlin] supports equality, social justice, and finds racism despicable, she disagreed with the WOKE culture and critical race theory advocated and practiced by two of her coaches who are the Defendants in this action,” the lawsuit says.

In the filing, the former player is going after Gray-Walton, assistant coach Kyle Walton and the university for damages.

The Oklahoman reported McLaughlin is expected to ask a court for $75,000 apiece for five total complaints. One of those complaints is that the school and coaches violated her First Amendment right to free speech.

McLaughlin said in the filing that the school is guilty of “intentionally inflicting emotional distress by alleging that she was a racist and homophobe.”

The Oklahoman reported McLaughlin’s case is pending in federal court in Oklahoma City.