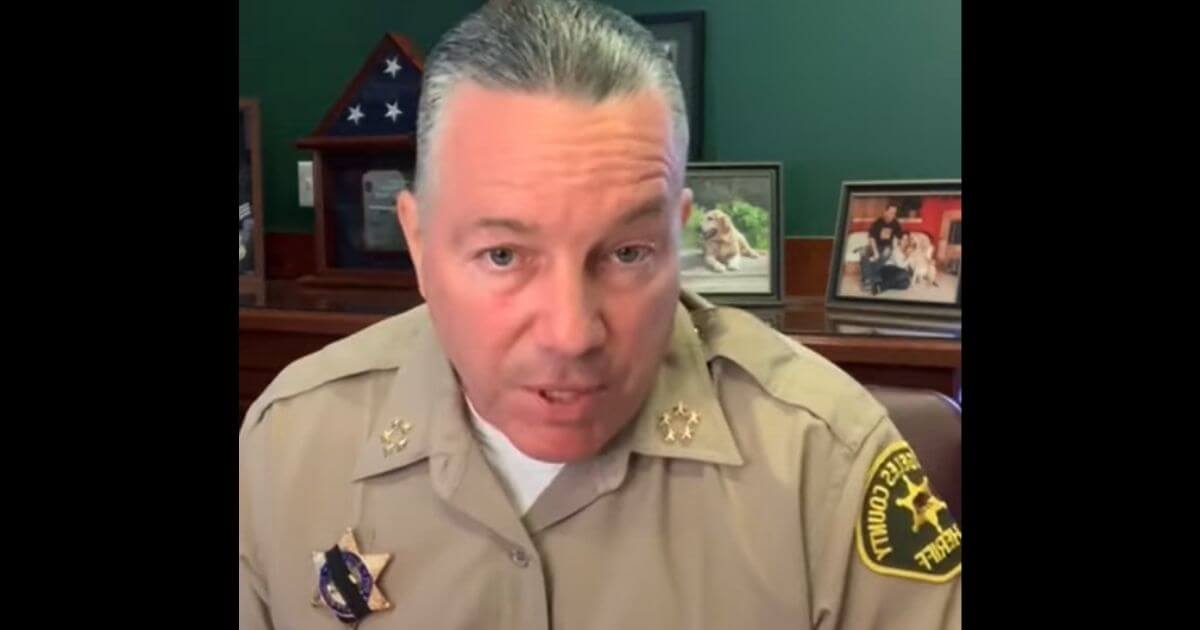 In a bizarre irony, anti-Second Amendment Democrats and the anti-police Black Lives Matter movement have fueled a surge in gun purchases, thanks to the alarming crime waves ignited by their “defund the police” demands.

“For crime statistics, we don’t have good news, unfortunately,” he said during a social media livestream.

The sheriff also said there has been a 40.1 percent spike in grand theft auto, a 22.4 increase in arson, a 12.9 percent rise in aggravated assaults and a 7.8 increase in forcible rapes so far this year.

The sheriff said this crime wave is an “existential threat” to all Los Angeles residents but particularly to the black and Hispanic communities, which are being ravaged by crime amid police pullbacks.

“You’re the ones that are in the impact zone that are mostly affected by this existential threat,” he said.

This is ironic because the race-baiting Black Lives Matter movement claims that it demonizes the police to ensure the safety of black Americans, whom it falsely claims are being hunted down by “racist” cops because of their skin color.

Villaneuva explained that crimes are exploding because “we have less cops on the street, more crooks, less consequences. You know, what could go wrong with that combination, right?”

The sheriff said his department has “increased our capacity to process CCW permits” in response to rising demand from Los Angeles residents, who are realizing they must defend themselves because the police are no longer able to after being disempowered and defunded.

Gun purchases in California have skyrocketed 66 percent since March 2020, according to The Sacramento Bee.

This is ironic because California — like other liberal states — has among the strictest gun control laws in the country, and its residents are among the most vocal opponents of the Second Amendment right to bear arms in self-defense.

He then blasted them for voting for more police budget cuts this fiscal year, saying this is a recipe for certain disaster.

“We have been defunded, degraded,” the sheriff said.

“Our capacity to fight crime, investigate crime and hold people accountable when they commit a crime — all that is going downhill. And not to the benefit of the residents of LA County. As you can judge by the numbers, they are going in the wrong direction.”

Villanueva also berated politicians of the Democrat-controlled city for not doing enough to stem the homelessness epidemic that has mushroomed across Los Angeles over the years.

Sadly, the catastrophic fallout of the left’s “defund the police” movement continues unabated in Democrat-controlled cities across the United States.

T-mobile was just broken into by a large group off Lake Street to loot.#Minneapolis #Uptown pic.twitter.com/eBADp21dRE

It’s not going to get better anytime soon because the Biden administration, the Democratic Party and the establishment media refuse to acknowledge the rampant lawlessness they’re emboldening with their rhetoric.

Someone just threw fireworks at MPD, they are guarding Speedway gas station on Lake & Aldrich in Uptown. The fireworks went off near a gas pump. pic.twitter.com/VDyxRDitEv

Meanwhile, more Americans are realizing that they cannot depend on the federal government, the police or their local leaders to protect them. We are on our own.

Trump's Facebook Ban Is Ending, But Nowhere Near Soon Enough