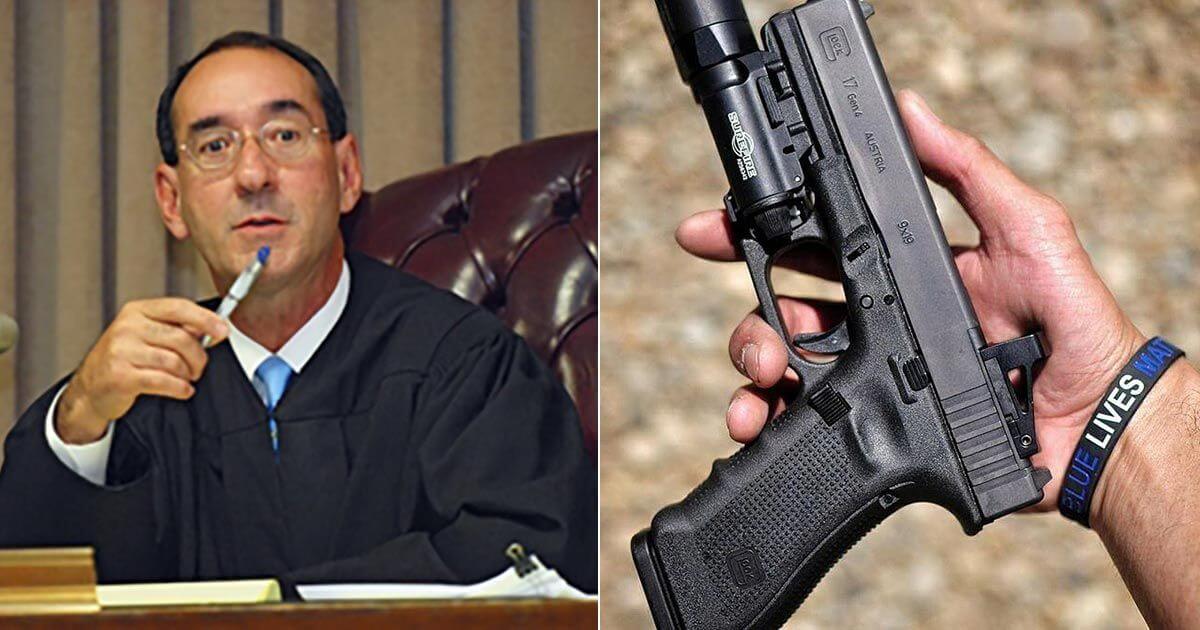 A federal judge has slapped down California’s 32 year old assault weapon ban in a scathing decision calling it a “failed experiment” and saying the case is about a “muscular constitutional right.”

“A U.S. federal judge overturned California’s 32-year-old ban on assault weapons on Friday, describing it as a “failed experiment” and prompting scathing criticism from the state’s governor and attorney general.

California has prohibited the sale of assault weapons since 1989. The ban was challenged in a 2019 lawsuit against California’s attorney general by plaintiffs including James Miller, a state resident, and the San Diego County Gun Owners, a political action committee.

“This case is about what should be a muscular constitutional right and whether a state can force a gun policy choice that impinges on that right with a 30-year-old failed experiment,” judge Roger Benitez of the U.S. District Court for the Southern District of California wrote in the court order filed late on Friday.

“Government is not free to impose its own new policy choices on American citizens where Constitutional rights are concerned,” the order added.

The federal judge said that he had granted a 30-day stay of the ruling at the request of California Attorney General Rob Bonta, a move that would allow Bonta to appeal it.

“Today’s decision is fundamentally flawed, and we will be appealing it,” Bonta said in a statement.

Seven states, including California, and the District of Columbia have enacted laws banning assault weapons, according to the Giffords Law Center, a gun-control group.

Gun control is a politically divisive subject in the United States, which has experienced a significant number of deadly mass shootings at schools and other public venues for decades.

California Governor Gavin Newsom described Friday’s overturning of the ban on assault weapons as a direct threat to public safety and called it a “disgusting slap” in the face to those who have lost loved ones to gun violence.

“The fact that this judge compared the AR-15 – a weapon of war that’s used on the battlefield – to a Swiss army knife completely undermines the credibility of this decision,” the governor said in a statement.

“Like the Swiss army knife, the popular AR-15 rifle is a perfect combination of home defense weapon and homeland defense equipment,” the judge had said in the order filed on Friday.”

This is an excellent decision that should stand up under appeal, and if not when it is presented to the Supreme Court.

Kudos to the judge for making the right decision in this important case.

GOTCHA! 'Large' Man Who Sucker Punched Then Beat Up Random Women Has Been Arrested...Another Product of a Lenient Justice System