US Embassies Fly LGBT Flag with Biden Admin’s Blessing, Including at the Vatican 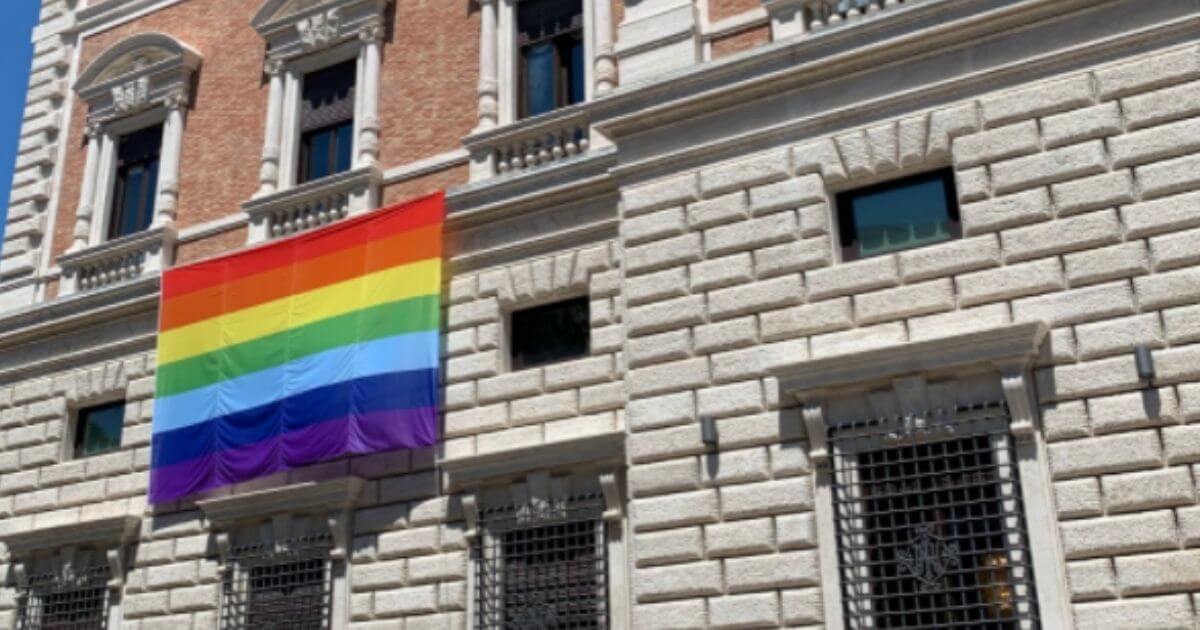 The U.S. Embassy to the Holy See announced its celebration of Pride Month with the display of a rainbow flag in Vatican City.

The announcement was posted on Twitter on Tuesday to mark the beginning of Pride Month.

The U.S. Embassy to the Holy See celebrates #PrideMonth with the Pride flag on display during the month of June. The United States respects the dignity and equality of LGBTQI+ people. LGBTQI+ rights are human rights. pic.twitter.com/Xentlnr16E

The post followed an earlier tweet that announced, “The United States stands with the global LGBTQI+ community.”

A third tweet on Tuesday included a quote from Secretary of State Antony Blinken that said, “As we celebrate Pride Month this June, let us not only observe how far we have come in the struggle for the human rights of LGBTQI+ persons, but also acknowledge the challenges that remain.”

.@SecBlinken: “As we celebrate Pride Month this June, let us not only observe how far we have come in the struggle for the human rights of LGBTQI+ persons, but also acknowledge the challenges that remain.” Read Secretary Blinken’s statement: https://t.co/Gdopgeceor pic.twitter.com/RbMH41opHt

He added, “As we do so, we work with partners around the world who bring to bear expertise on their unique challenges and innovative solutions.”

The Vatican released a statement in May that said, “The blessing of homosexual unions cannot be considered licit,” USA Today reported.

The statement added “there are absolutely no grounds for considering homosexual unions to be in any way similar or even remotely analogous to God’s plan for marriage and family.”

The embassy in Vatican City wasn’t the only one to fly the flag. Others included the embassies in Namibia, capital of the Republic of Namibia, and Nassau, Bahamas.

The @USEmbNamibia raised the rainbow flag this morning in celebration of Pride Month and support for #EqualRightsForAll. #PrideMonth2021 pic.twitter.com/1VcMUSgmez

The flag is up at the United States’ chief of mission residence and the US embassy.

The display at Vatican City drew plenty of criticism on social media, as users wondered if the Biden administration would do the same in countries that are more openly hostile to gay rights.

Gonna do the same in the Middle East?

Out of curiosity… is this happening everywhere? At the embassy in Saudi Arabia, for example?https://t.co/hX6jCCYuvg

The Trump administration rejected requests from U.S. embassies to fly a rainbow pride flag, The Washington Post reported at the time.

However, several U.S. embassies disregarded the State Department’s directive not to display rainbow flags on flagpoles during Pride Month, according to The Post.

“This is a category one insurrection,” one diplomat, who wished to remain anonymous, told The Post.

MLB Sued For 1.1 Billion Dollars For Moving All-Star Game Out Of Georgia

Gov. Abbott to Veto Funding for Legislature, Strip Lawmakers of Pay After Dems Walk Out on Voting Bill