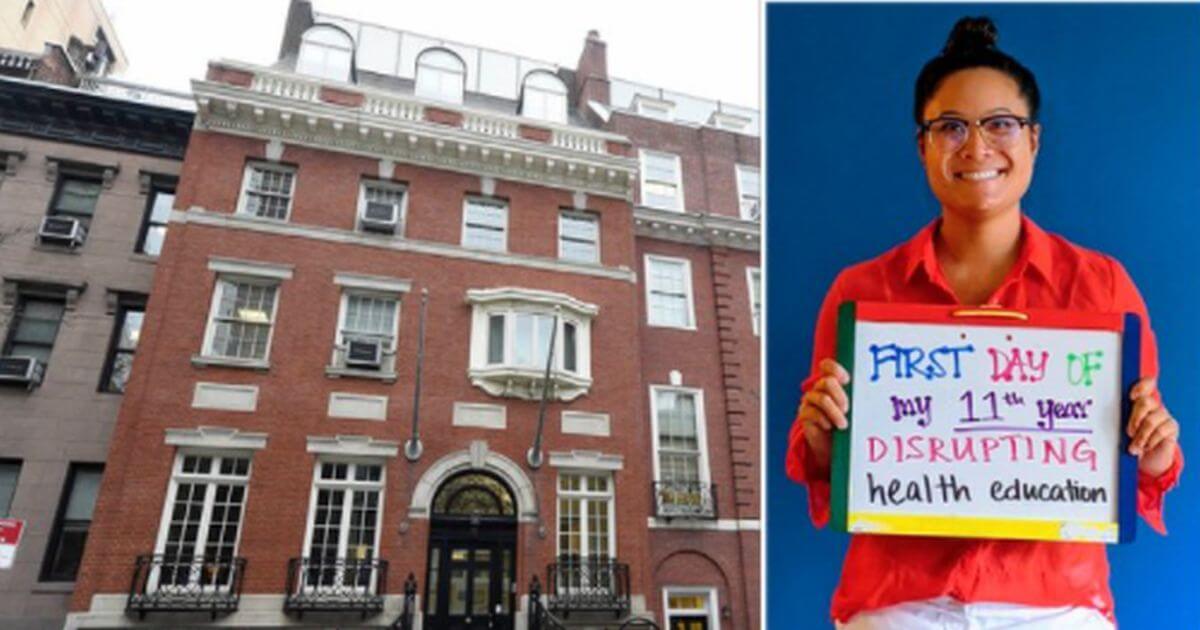 Shocked parents of the students at New York’s elite Dalton School found out last fall that that’s precisely what they had been doing.

It was there that Justine Ang Fonte, a so-called “health and wellness” educator, taught first-grade boys and girls about touching themselves for pleasure, according to The New York Post.

Fonte’s teachings included a disturbing cartoon where an animated boy and girl talk about touching their penis and vulva because it feels good.

WARNING: The following video contains sexual content that some viewers may find offensive

As if the encouragement of children to sexually explore themselves were not enough, Fonte’s course also allegedly included instruction about consent in which children were taught to distrust the physical affection of parents and grandparents.

“Literally parents are supposed to say to their kids, ‘May I hug you?’” one parent told the Post.

Needless to say, the efforts of a deranged leftist to do everything she could to talk sex with children was not well received.

“This is pure evil,” tweeted political analyst Lisa Boothe. “These people are evil.”

This is pure evil. These people are evil. https://t.co/VYo0di6zMf

“In my opinion,” Candace Owens tweeted, “she should have to register as a sex offender.”

A teacher named Justine Fonte taught first graders via a cartoon about how it feels good when they touch their clitoris and penis.
In my opinion, she should have to register as a sex offender.

This is worse than woke— it’s pedophilic. https://t.co/MN4WZSqQXb

Sex offender indeed, this is not the first time that Fonte has drawn accusations of wrongdoing regarding her obsession with breaking down sexual barriers with children.

Put simply, Fonte makes a living teaching perverse garbage to the children of America’s next generation of the ruling elite.

No one should be surprised by this, however. Indeed, the explanation is explained simply by Fonte’s own perverse ideology.

On her website, Fonte claims that she has “reveled in disrupting health education for 10 years,” and that by “Framing my pedagogy through the lens of Kimberlé Crenshaw’s teachings on intersectionality, I interrogate how our multifaceted identities shape how we experience health.”

Crenshaw is the critical race theorist who invented “intersectionality,” the belief that a person has many identities, all of which are realized in a complex web of discrimination and privilege.

And there’s the rub. This perverted push by elite educational institutions into the most private elements of family life is merely the latest outrage to stem from the horrific anti-human ideology of the American left.

Six-year-olds should not be encouraged by their teachers to engage in sexual activities, and no amount of disturbing cartoons can make the attempt more palatable. But most leftists can no longer understand that. Their ideology is one that demands total commitment, and total submission, including that of children to the indoctrination required to sustain it.

The simple fact is that the culture of America’s globalist elite is wholly out of touch with, and antagonistic to, the common culture of the American people.

It is for this reason that the hyper-sexual material taught to children at the Dalton School, and the radical leftist ideologies that such material stems from, must be fought against in our communities every single day.

Anything less would be to effectively sacrifice America’s children to the depredations of an amoral and predatory class of ideologues.