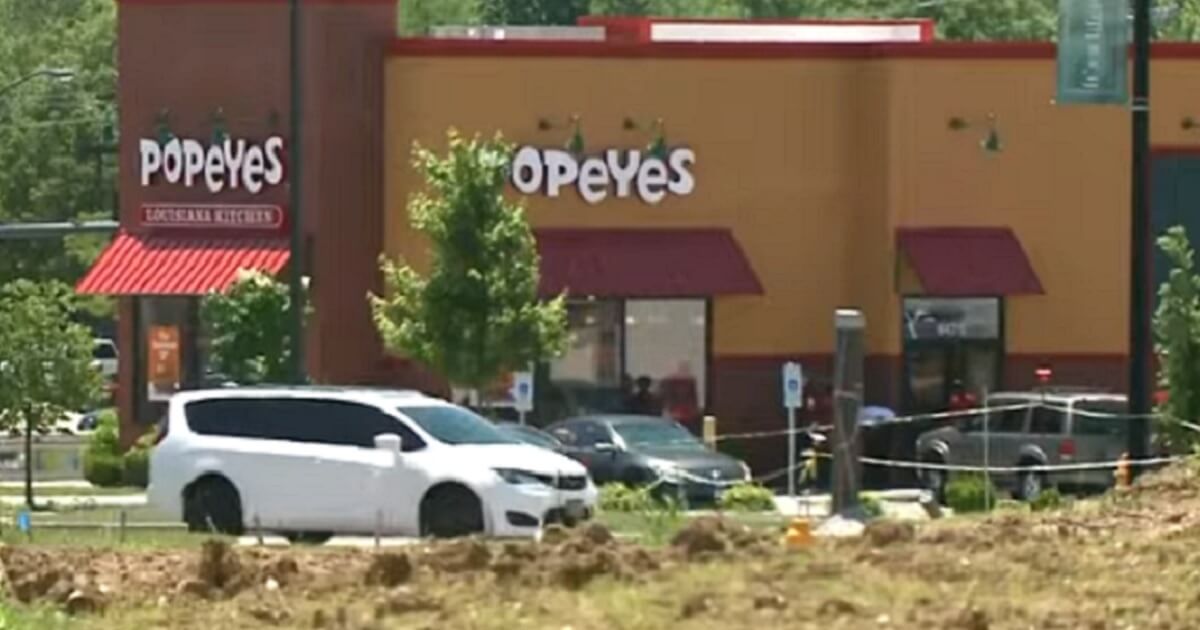 A Missouri police department is launching an investigation after unknown actors posted an “inappropriate,” anti-white sign on the drive-thru window of a local Popeyes fast-food restaurant.

“We are currently working and investigating a trespassing and possibly a related vandalism case which occurred at Popeyes located at 6475 Ronald Reagan Drive in Lake Saint Louis,” the Lake St. Louis Police Department said in a Facebook statement.

“Earlier this month, several drive through menu signs were spray-painted. Today, unknown subjects posted an inappropriate sign on the drive-through window, unbeknownst to the business.”

While, as mentioned previously, the identity of the suspect(s) are unknown, the authorities do not currently believe it was an employee of the Popeyes, and are asking members of the community, about 25 miles west of St. Louis, for assistance.

According to KMOV-TV in St. Louis, the message on the sign was clear:

“Effective 6-1-21 this restaurant is under new management and will reserve the right to refuse service to white people. We apologize for any inconvenience. Signed, general manager, Mason.”

Check out the KMOV report here:

Residents were was shocked by the nature of the offensive message.

“I couldn’t believe that someone would think that was okay,” Lake St. Louis resident Don told KTVI-TV.

“I saw it all over Snapchat,” Abbigail Reed, a Popeyes customer, told the station. “I just think it’s kind of immature for someone to put it on there.”

One Facebook user inquired, “Why are the police not posting the pics and video of the guy that did this? I guarantee there is a video from the outside cameras at the restaurant.”

There was indeed surveillance video, according to police, but it was deemed inconclusive and has not yet been made available.

The Popeyes quickly replaced the offensive sign with another one reading “Sorry For The Inconvenience We’re Closed For The Day We Will Be Back Tomorrow,” WTVI reported.

One customer, Mark Fritsche Jr., said it was “sad” that such a decision had to be made.

“It’s a very sad thought that people even came up with a joke like that,” Fritsche Jr. said. “I just hope we can put a more positive input on life and kind of be more together instead of pushing farther apart. It’s pretty sad.”

On Thursday morning, Popeyes issued a formal statement about the incident:

“We have been made aware of the situation and are investigating the matter immediately,” the company said. “This type of behavior does not align with our brand values and we take such allegations very seriously. The Franchise is cooperating with local authorities regarding this ongoing investigation.”

Whether this incident was intended as a joke or a seriously malicious racial statement, it comes amid an alarming increase in the number of hate crimes around the United States.

It is most unfortunate to see the country suffering from racial division in this way, and it is extremely difficult not to see identity politics as a major culprit.