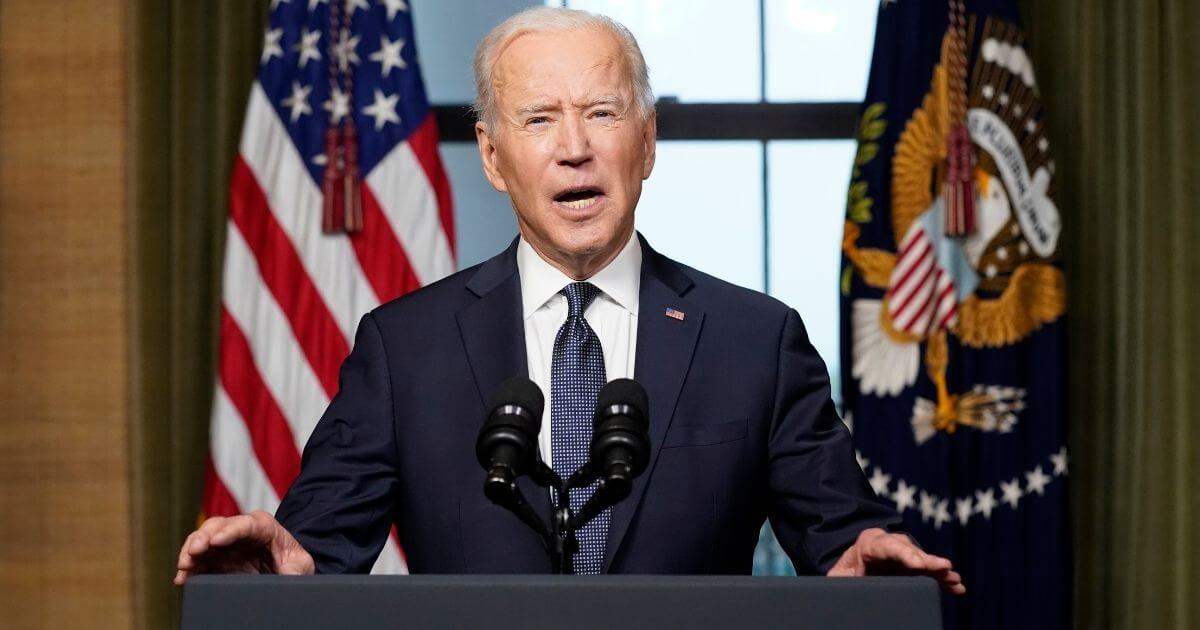 A new conservative research group is using creative and controversial tactics to cause trouble for the Biden administration.

“I see the group right now as getting up every morning and with the goal of making it as difficult as possible for the Biden administration and their allies on the Hill to implement their agenda,” American Accountability Foundation founder Tom Jones told Fox News.

The American Accountability Foundation is a client-based opposition group that was created in early March and has already made headlines by infiltrating a Zoom training for congressional staffers.

“Our goal is to take a big handful of sand and throw it in the gears of the Biden administration, and that’s what we’re going to do every day,” Jones said.

“We’re kind of starting with, ‘Let’s see what we can do from day one to frustrate the Biden administration agenda’ and work from there.”

The group leaked a video from the Zoom meaning in which a House Appropriations Committee aide told participants that while “the optics” of a lawmaker forwarding an earmarked contribution to a campaign donor might “look kind of bad,” it is allowed if family members are not involved, The Hill reported.

“I think what you’re saying is if you have somebody who’s building a [military construction] project, and his company contributes to your boss’s campaign, is that a conflict of interest?” Appropriations Deputy Staff Director Matt Washington told staffers during the virtual training.

“I think the optics are bad but the rules of the House would be sufficed because there is no immediate family interest.”

After recordings of the meetings were released online, Appropriations Committee spokesman Evan Hollander called the AAF’s tactics “hypocritical in the extreme.”

“For a group that purports to concern itself with ethics, using fake identities, misrepresenting themselves as Congressional staff and surreptitiously recording meetings is hypocritical in the extreme,” Hollander told The Hill.

“However, what these right-wing hacks heard is what the Appropriations Committee has been talking about for months: our strong accountability and transparency rules that have won praise from experts across the political spectrum,” Hollander continued.

“To ensure compliance with all House Rules, the Committee has strongly advised Members to discuss any ethical concerns in their offices with the House Ethics Committee, which is exactly what these unethical operatives recorded our staff saying.”

Jones pushed back and said his group hasn’t done anything prohibited by law.

“I’m never doing anything illegal but just because it’s impolite to log into an earmark training seminar and offend the morals of Capitol Hill staff, that’s not going to stop me from doing it,” he told Fox News.

“If I’ve got to trail someone on the ground to find out what they’re doing, I’m totally going to do it, because people who are making decisions need to have this information, they need to understand who they are trusting with the reins of government and sometimes that means we will use unorthodox methods to get the information we need.”

The conference brought together students and activists in their support to free inmates, convicted for a variety of crimes including police killings, who are currently on death row.

Jones said the AAF is trying to use the same tactics that left-wing opposition research groups have used for years.

“The left is very very well organized on this, very well resourced and has been effective for a number of years,” he said.

“They were very effective making life difficult for Trump nominees, and they’ve taken that infrastructure and transferred it into bolstering their nominees, but yeah we’ve certainly learned from them and seen their effort was effective from a professional sense — terrible for the country, but as a practical matter, professionally they do their job well.”