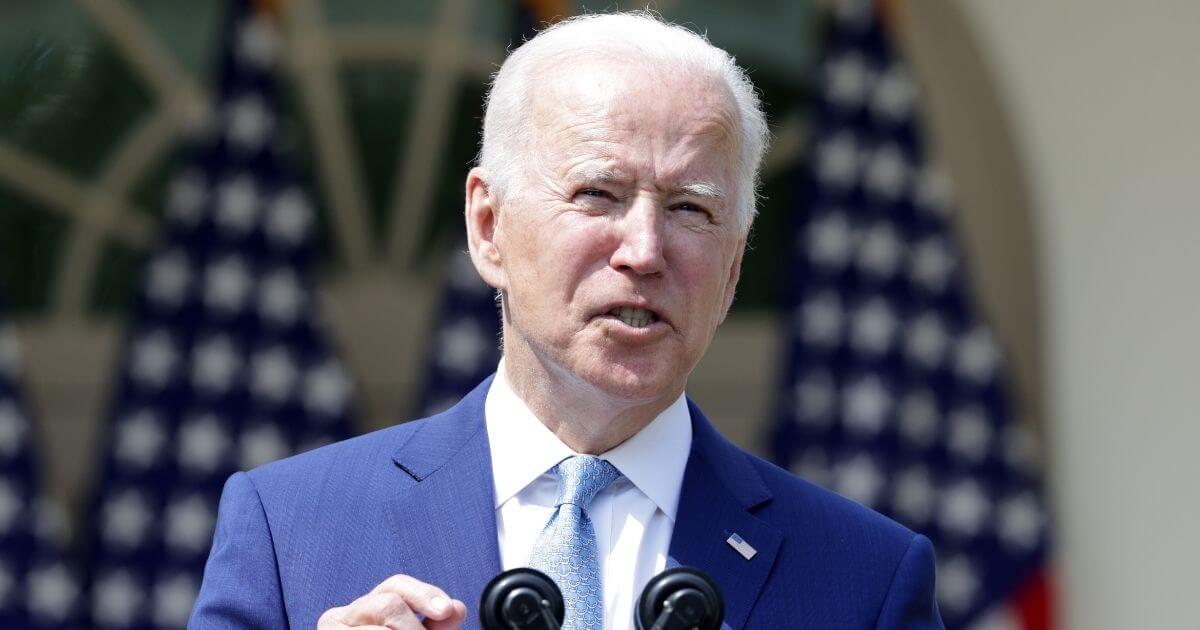 A large group of sheriffs signed a letter addressed to President Joe Biden this week asking him to take urgent action to stop the border crisis.

Apprehensions at the southern border in recent months have shattered past records, creating significant strain on law enforcement working to keep track of migrants coming into the country.

“America’s Sheriffs are deeply troubled about the dangerous impacts your administration’s border policies are having on our citizens, legal residents and communities,” the bipartisan group of 275 wrote Tuesday.

“You must act now before our nation’s public safety resources are overwhelmed with the criminal side effects of unchecked illegal immigration, including transnational gangs, guns, dangerous drugs and human trafficking.”

The sheriffs from 39 states pointed out that despite the situation at the border being unprecedented, the Biden administration has taken no responsibility.

“In a myriad of ways, you and your administration are encouraging and sanctioning lawlessness and the victimization of the people of the United States of America, all in the name of mass illegal immigration,” they wrote.

“We, the undersigned sheriffs, like you, took oaths and made promises to the American people that we would uphold and enforce the rule of law,” they continued. “America’s Sheriffs believe that the citizens we serve have an absolute expectation that our efforts will be rooted in public service rather than political self-service.”

“These local law enforcement officials have been dealing with the impact of unsecured borders for decades, as criminal cartels have taken root in their communities,” Federation for American Immigration Reform President Dan Stein said in a news release. “Every day, as the Biden administration releases people we know nothing about, into communities all across the nation, the threats to public safety and public health grow evermore grave.”

“President Biden has the obligation and the ability to restore policies that were in place when he took office that had checked the flow of migrants crossing our borders. He has a moral and constitutional obligation to do so immediately,” Stein continued.

The sheriffs asked Biden to immediately change his policies and revert to certain policies of former President Donald Trump’s administration.

“In the interests of ending the undermining of our laws and the increased risks to the safety and security of the people of the United States of America, we respectfully request that you immediately reverse course on your pro-illegal immigration policies, resume the border wall construction, and embrace the common-sense, public-safety-supporting border policies of the previous administration,” the sheriffs wrote in their letter.

“America’s Sheriffs stand ready to work with you and your administration if you are willing to move in the right direction. Until that time, all of us will continue to uphold our oaths, enforce our sovereign authorities, fight for public safety, and keep our promises to the American people who have placed their trust in us.”

After Biden halted the construction of the border wall and reversed many of Trump’s immigration policies, such as the “Remain in Mexico” policy, migrants felt it was a signal they could start coming in large numbers.

As crossing the border without documentation is illegal, migrants — thousands of which are unaccompanied minors — have to be detained in order to be processed.

In March, 18,890 children crossed the border, a 100 percent increase from February, according to Customs and Border Protection data.

It makes sense sheriffs even outside border states signed the letter, as migrants may be sent to many different places throughout the country.

Unfortunately, the administration seems to have no urgency to take decisive action to stop the crisis.

Department of Homeland Security Secretary Alejandro Mayorkas indicated this week that border wall construction may resume soon, but there do not seem to be plans to reinstate any of Trump’s protocols.

In addition, Roberta Johnson, who has been a key leader in efforts at the border, will be stepping down at the end of this month, adding to the lack of leadership during this time of peril. Even so, Johnson believes the crisis will be left in good hands.

“They continue to drive toward the architecture that the president has laid out: an immigration system that is humane, orderly and safe,” she told The New York Times. “I leave optimistically. The policy direction is so clearly right for our country.”

As law enforcement is strained without any clear course of action, Biden’s legacy will certainly be tarnished.

As John Kerry Jets Across Globe on Climate Tour, His Family Takes a Private Airplane to Vacation in Idaho

'Power Grab to Take Away Our Guns'