Uh Oh, Watch as Joe Biden Lapses Into Nonsense in the Middle of a Speech, Refers to ‘Merfin and Ruthers’ 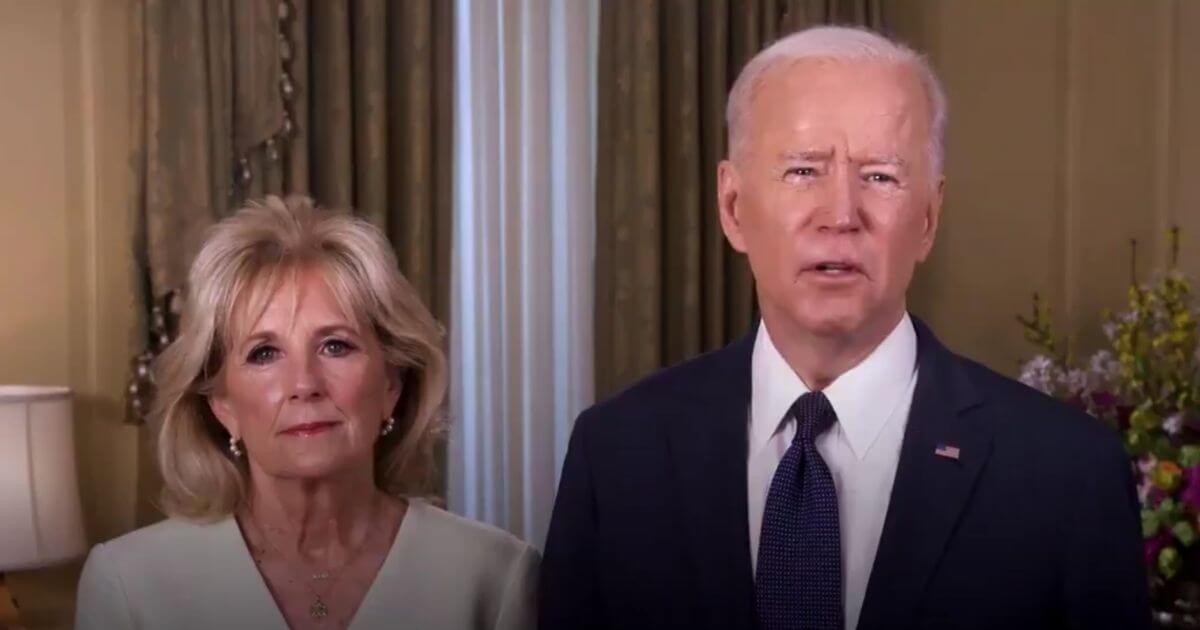 Tongue-tied President Joe Biden appeared to botch the name of his own attorney general Thursday and offered a word salad in lieu of a coherent statement as he continued his war on the fundamentals of communication.

Is Biden suffering from a cognitive decline? We don’t know for sure, but all the anecdotal evidence clearly supports a theory that something isn’t right with the 78-year-old.

He has built a career on gaffing things up, but in recent years — since he left the White House in 2016 after serving for eight years as vice president — things seem to have taken a turn for the worse.

Biden, when using the power go the pen to attack Americans’ Second Amendment rights on Thursday, made a number of jarring and incomprehensible verbal slips at the White House.

In one instance, the president twice referred to the Bureau of Alcohol, Tobacco, Firearms and Explosives as the “AFT” rather than “ATF.”

In another verbal misfire, Biden said something that was difficult to understand, and it even appears as though the White House stenographer threw him a lifeline in the published transcript of his remarks.

“You know, we’re joined today by the attorney general, Merrick Garland, who I’ve asked to prioritize gun violence,” he said. “It’s also good to see the second gentleman, who is here. And it’s good to see the first lady, Dr. Jill Biden, who cares deeply about [gun violence] as well.

The White House transcript says Biden then uttered the following statement: “And I look out there and I see so many members of Congress who have led in this fight. So many of you who have never given up. So many of you who are in — absolutely determined, as Murph and others are, to get this done.”

If you listen closely, however, the president actually said something to the effect of, “So many of you who are in — absolutely determined, as Merfin and Ruthers are, to get this done.”

That’s the best interpretation we can come up with. Can you imagine being that poor sign language interpreter?

Biden was not in the presence of anyone named “Merfin” or any person or group of individuals called “Ruthers” while on stage Thursday.

First of all, who is Merfin? It appeared as though Biden might have been referring to Garland — as his first name does begin with the letter M.

That isn’t clear, though.

Two members of the House of Representatives are named Murphy: Democrat Stephanie Murphy of Florida and Republican Greg Murphy of  North Carolina.

But making an assumption Biden was referring to either person is a stretch.

It’s possible he was speaking of Sen. Chris Murphy, a Connecticut Democrat and fierce advocate of gun control.

Since we don’t know for sure, Merfin, for now, is a mystery character in the bad story that is the Biden administration’s first few months. The same goes for Ruthers.

Perhaps Ruthers, or the Ruthers, were an obscure band Biden came across at some point while lifeguarding in his younger years in Delaware. Maybe Biden’s old youth nemesis CornPop Jackson was their frontman.

What we do know is that this administration vowed transparency. Not only is this White House hiding behind its protectors in the mainstream media, but the once-reliable White House transcripts seem to have been compromised to cover for Biden’s jarring misstatements.

In the absence of that promised transparency, we’re only left to speculate. At this point, it’s fair for that speculation to include whether Biden is struggling with dementia or some other awful cognitive disorder.